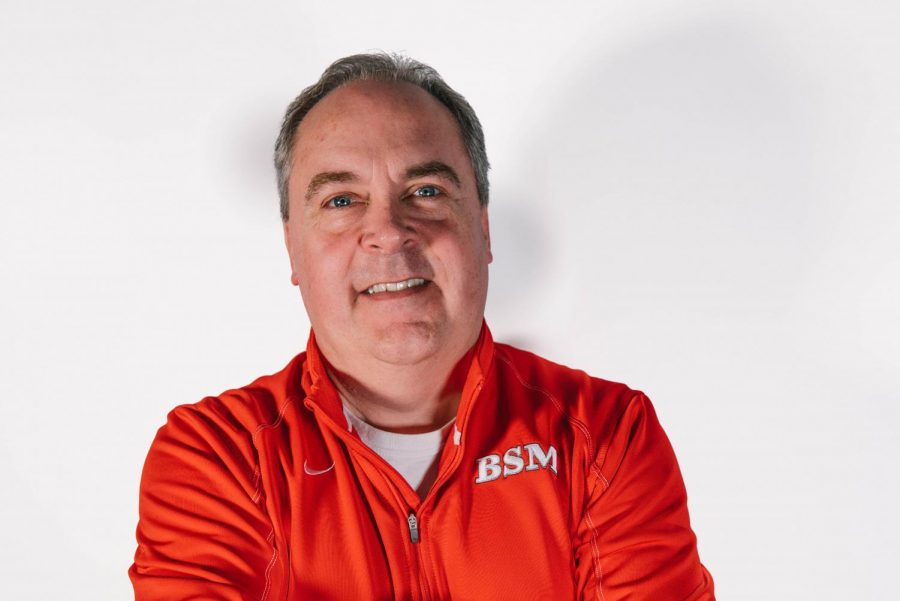 Bob Lyons coached girls’ basketball for 29 years until he resigned from his coaching duties this year. Lyons’ love for the sport is what ultimately motivated him to become a coach, but he also enjoys coaching his children. He considered quitting after the 2018 season, as it was the last year he would be able to coach his daughter. However, Lyons stayed on for an extra year because he was impressed with the roster and was excited to coach the group of girls. “In 2019, we had a pretty good team, and I really enjoyed those kids and I wanted to coach them one more year,” Lyons said.

Since stepping down, he’s found that he has much more free time than he did while coaching. During the season, Lyons found it difficult to balance coaching and teaching, and he had little time to spend on his own hobbies. Since he was relieved of his basketball-related responsibilities, he’s found more time to prepare for his science classes at BSM. Additionally, with his new relaxed schedule, Lyons has been able to spend more time with his family. “You find out you have so much more time making better meals for the family at home and more time to correct papers; more time to plan; get to bed at an earlier hour,” Lyons said.

For the past couple of summers, Lyons has been making candles out of recyclable soda and alcohol bottles. However, Lyons is considering expanding his artistic capabilities by picking up a new hobby. Lyons thinks a hobby such as painting or photography would be a beneficial use of his recently discovered free time. “I’m thinking I could be sitting in front of an easel, learning how to paint,” Lyons said.

Despite Lyons’ recent retirement from coaching the girls’ varsity team, he’s still not done with coaching basketball. After the former head coach Hans Hoeg stepped down, Lyons agreed to step in as the interim coach of the boys’ varsity team. Lyons decided to return to coaching because he felt that the players needed him to fill the open position. “There are four weeks left in the season … and we got great kids and I want to be able to help them with the experience that I have … and let the kids have a successful end of the season,” Lyons said.

Lyons also is currently the head coach of the boys’ B squad team, where he enjoys coaching his son. However, he finds it difficult to balance both teams. “I’ve really enjoyed coaching the 10th-grade team and I don’t want to give that up, so I’m just trying to do a balancing act and make sure that both teams can benefit from my experience,” Lyons said.

I’ve really enjoyed coaching the 10th grade team and I don’t want to give that up, so I’m just trying to do a balancing act and make sure that both teams can benefit from my experience.”

After coaching girls for nearly 30 years, Lyons has to adapt to the new challenge of managing boys. Although there is no variation in playmaking and strategies between boys’ and girls’ basketball, Lyons finds the boys to be less responsive than the girls during practices and games. “It is different in terms of listening and doing exactly what you tell them and the speed of the game, there are some subtle differences, but in terms of the strategic aspect of the game, they’re the same,” Lyons said.