For the first time in its history, BSM sent ten students to the Boys and Girls State programs. Just two days after finals wrapped up last Spring, these five boys and five girls traveled to St. John’s University and Bethel University, respectively, to embark on their journey through local government.

Boys and Girls State were designed by the American Legion and the American Legion Auxiliary to educate young adults on the world of city, county, and state government. The sessions are a week long and strive to instill in these students a strong pride for the United States of America.

According to the American Legion Auxiliary–the most prominent United States female veteran organization–Girls State “epitomizes the ALA’s mission to honor those who have brought us our freedom through our enduring commitment to develop young women as future leaders grounded in patriotism and Americanism.”

[Girls State] epitomizes the ALA’s mission to honor those who have brought us our freedom through our enduring commitment to develop young women as future leaders grounded in patriotism and Americanism.”

Roby, a guidance and college counselor at BSM, also finds great merit in the Boys and Girls State experiences. Voluntarily acting as liaison for the school and these programs, Mr. Roby has helped many students find their way to State over the years, but never has he helped as many eager students as he did this past Spring. “Usually I get 1-2 boys and 1-2 girls that come in and say they’re interested, but last year was absolutely remarkable because we had five boys and five girls that came and told me they wanted to go. We have never had that many, ever,” Roby said.

However, the high level of interest wasn’t the only remarkable part of this year’s State attendance. The State programs are entirely based on scholarship and paid for by the American Legion and the American Legion Auxiliary, so only a select number of people are able to attend each year. “Most of the time the American Legions just have one opportunity per school, but this year I contacted both of them and told them that I had 10 interested students and asked if there was any way they could drum up more money so that all of them could attend,” Roby said. 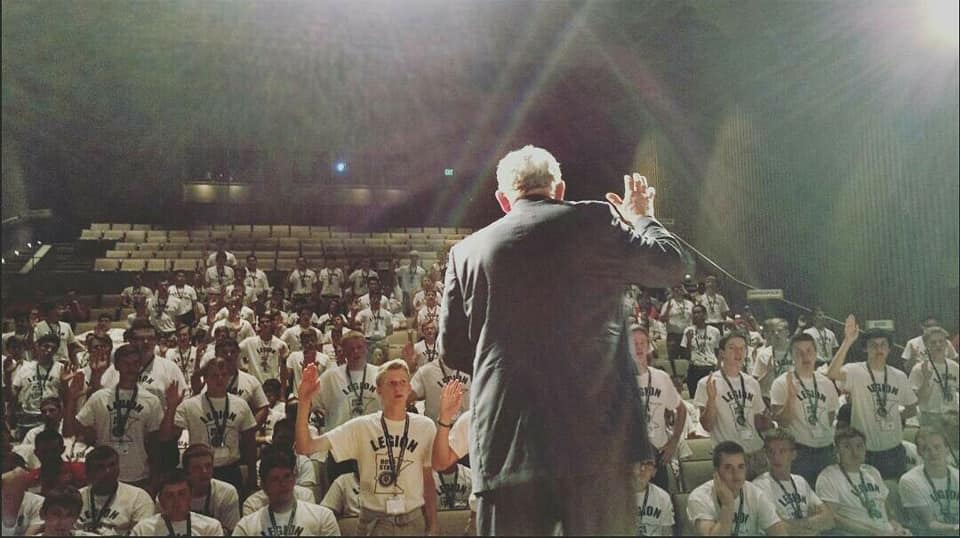 Photo used with permission from the American Legion

Students were sworn in at Boys State to serve their communities as members of the mock-government program.

Benilde-St. Margaret’s sent seniors Gabe Bauer, Henry Bird, Ian Black, Mikey Pupel, and Noah Swindlehurst to Boys State. These students acted in a similar fashion as their female counterparts as they too played instrumental roles in the functioning of their government. Pupel alone earned the positions of city mayor, county treasurer, and even state secretary of transportation. These jobs weren’t just handed to him either; “I had to hang up posters and be in good standing with most people [at Boys State], so it wasn’t too difficult but it took a lot of effort,” Pupel said. The rest of the men achieved positions such as city clerk, state senator, county attorney, and senate sergeant of arms.

While at Boys State, the students learned a lot about government, and had a desire inspired to enter into real politics later in life. “I’m mostly interested in national politics, but I think it was good that I got involved with local politics as well,” Swindlehurst said. The others agreed, citing their new knowledge of political process and local government as key aspects in preparing them to possibly enter later into the political field. 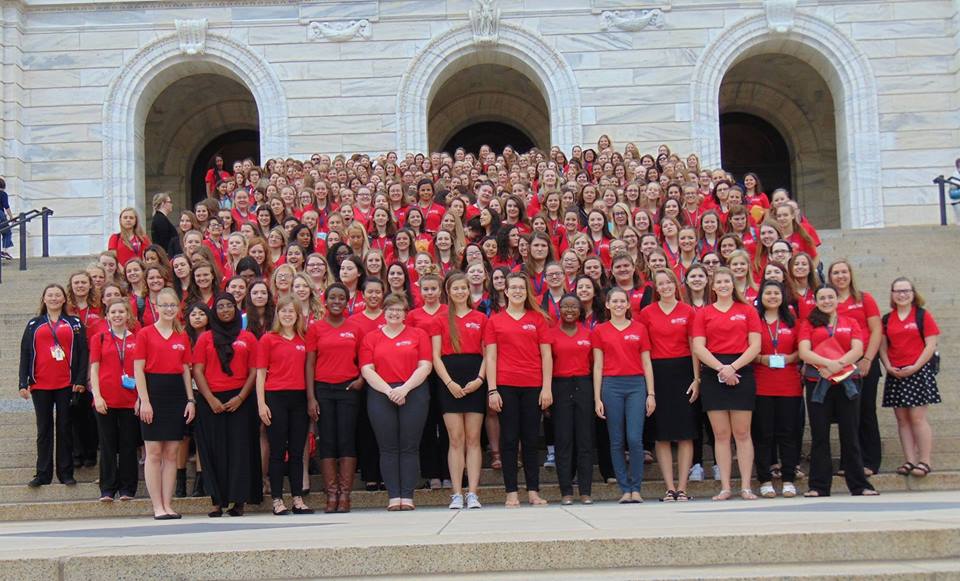 Photo used with permission of the American Legion

Many girls from around the state attended Girls State this summer.

Attending Girls State this summer were seniors Lillee Couture, Sophie Herrmann, Ingrid Lundberg, Jackie Paule, and Vivian Shinall. Each one of these women had the opportunity to run for office, listen to speakers from all areas of Minnesota’s government, and meet other passionate, politically-inclined women from all around the state.

One of BSM’s seniors, Sophie Herrmann, had a very successful time at Girls State. She was not only elected by her peers to become the mayor of her city, but she was chosen to act as the lead defense attorney in a mock trial held at the state capital. “We all got to spend a day at the capitol, but I, specifically, got to try a case in the capitol chambers after listening to a panel of female lawyers and judges who were really inspiring,” Herrmann said.

Herrmann, however, was not the only successful one. At Girls State alone, there were BSM students acting as mayor, city councilmen, leader of the press corps, and other impressive titles––all of which were positions won due to their own merit and skills. These women were then able to use their roles in the different levels of government to create a real, functioning system. “Part of Girls State is running for different offices because the goal by the end of the week is to become completely autonomous. This created a competitive piece as there were large groups of girls all vying for the same positions,” Herrmann said.