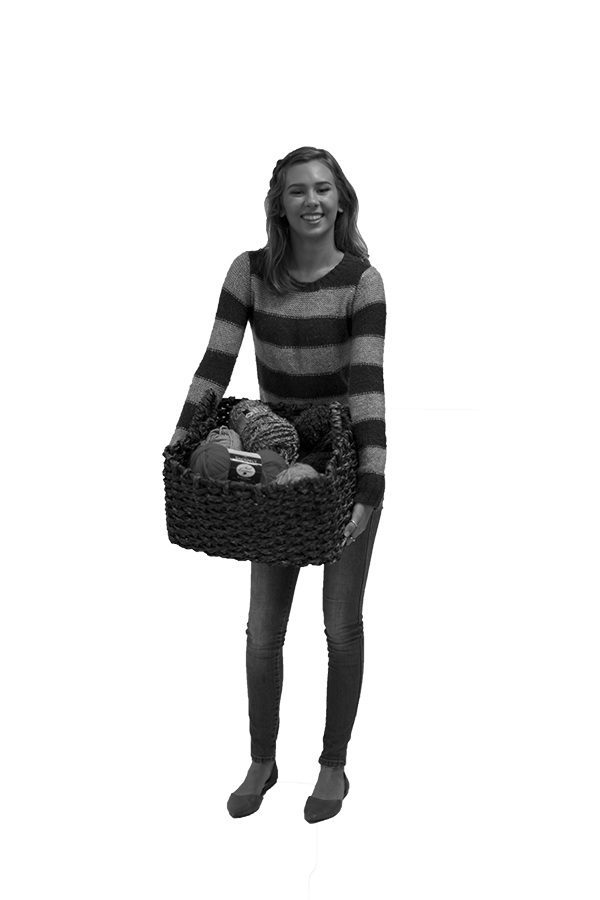 Although maybe not the most focused interview subject––the series of answers she provided were peppered with lip-popping noises, unprompted questions wondering if Britain was in the midst of election season, proclaiming her desire to go hug a morose-looking child, and interjecting revelations like, “the difference between nouns and verbs that are the same word, like record and record, is that nouns have the stress on the first syllable and verbs have the stress on the second syllable. Record, record,”––Anna LeJeune was certainly one of the most entertaining.

Anna was born as the fourth child with three older brothers. Her parents and any onlookers to this family assumed she would grow up to be a bit of a tomboy. They were wrong. This little contradiction mirrors how the rest of her interests and actions work as well. “I listen to punk rock, but I also love Tchaikovsky. I’ll drive to Wisconsin to go see Ella [Hurley], but I won’t drive [three minutes] to Punch to feed myself. My favorite author is Chuck Palahniuk, but I have a soft spot for Jane Austen. Oh, you should put in ‘she’s super hot but doesn’t have a boyfriend,’ oh no, you’re typing. Don’t you dare put that in there, that was said in jest!” said Anna.

She may appear to be an average teen- ager with a devil-may-care attitude and a killer fashion sense, but really, she has the heart, hobbies, and sleeping pattern of a grandmother. Knitting, sewing, crocheting, and reading are among her favorite activities, though sometimes her little DIY projects don’t work out as planned. “I tried to make a crocheted swimsuit once. I never finished, now I just have a half-stitched tan bra covered in fabric,” said Anna.

Though a staple of her personality, this craftiness does not encapsulate her passion in life––she doesn’t have one. “I like a lot of things, but don’t love one thing. Except dogs. You can phrase it as me being well- rounded, but really I’m just indecisive,” said LeJeune. There is one activity she’s enjoyed throughout her lifetime, though. “I don’t know if I walked or skied first. I think I did both on the same trip,” which will make her choice of the University of Denver for college next year all the more enjoyable.

With no clear vision as to what she’ll study in college, LeJeune’s life goals are a bit random as well. “Ideally I’d live in a cabin in the middle of nowhere and write books, but I don’t think that’s happening. Maybe I’ll start an all-girl Led Zeppelin cover band and just live out my days. You probably shouldn’t put that in there,” said Anna.

Her little Walden-esque dream doesn’t seem so far-fetched, though, when it’s taken into consideration that she reads, on aver- age, thirty books a year. “I read for fun, but I don’t do my homework. Again, I’m just full of contradictions,” said Anna.