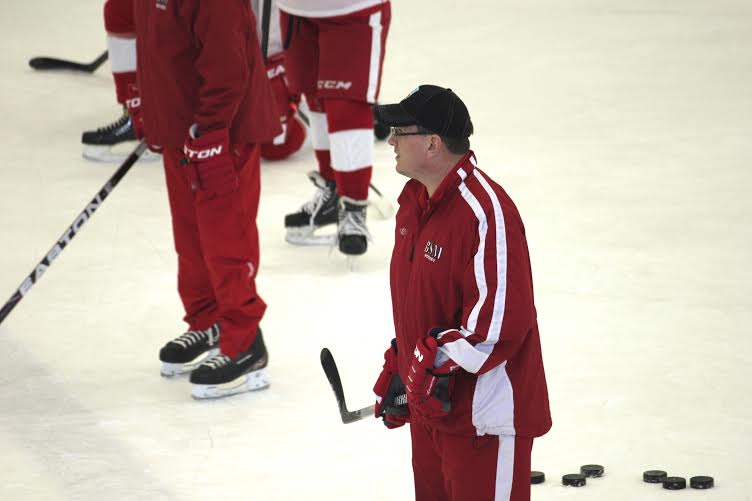 The man behind BSM’s most celebrated team

Will Jarvis and Thomas Muenzberg

Ken Pauly stood upon his bench at the St. Louis Park Rec Center as if it were a throne last Saturday night. After all, as the winningest coach in Benilde-St. Margaret’s history, the man is somewhat of a monarch for his Red Knights. He surpassed his 400th career win earlier this season, a monumental feat for any coach, and only plans to go up from there. With three state titles (1999 A, 2001 A, 2012 AA), the 2012 Class AA Coach of the Year Award, and an executive on the Minnesota Hockey Coaches Association board, his name has reached all borders of the state of hockey.

But who is he?

The story begins long before he stood behind the Benilde-St. Margaret’s bench. In fact, Pauly succeeded more on the football field than on the ice in high school. As a captain for his Wayzata Trojans, he led the football team to a state tournament berth and quit the hockey team his junior year to focus on his superior sport.

Everyone has a philosophy, and I think I’m able to relate to players on a number of different levels. It’s having that empathy for your entire team and being able to plug into that is critical.”

But then during his senior year of high school, Pauly gave hockey one more chance. Playing goaltender, he became a part of a three-man rotation that lasted throughout the season, only to be cut from the section roster.

“When the section roster was made, I was cut,” Pauly said. “It’s a decision I still disagree with today [laughs], but now as I look back on it, I think to myself as a coach, ‘What would I have done with Ken Pauly?’ I wouldn’t have cut him, but then again, I wouldn’t have kept him to begin with.”

He’s been the role player, he’s been the quitter, and he’s been the backup. Pauly knows it all when it comes to high school sports, which certainly contributes to his successes as a coach.

“I’ve basically gone through everything you can go through as a high school athlete,” he said.

His coaching career began when he was 22. His solace was found behind the bench as an assistant coach for the Red Knight’s hockey team, and within three years, he took over the reins of a program searching for an identity.

During his first reign as head coach at BSM, Pauly won the school’s first two hockey state championships as well as 220 games. But Minnetonka came knocking on the door in 2004, and after a number of denied offers, Pauly finally accepted the Lake Conference school’s proposal.

“People know me as a hockey coach and that’s about it, but Minnetonka saw that I was the department chair and the AP Government teacher at the time so they saw it as a high profile hire,” Pauly said. “It was a very difficult decision, and I actually told them ‘no’ two or three times. It was hard, and I really liked BSM, but I had been here for almost 20 years, and I thought it was time for a change, so I decided to make the move.”

What awaited Pauly at Minnetonka came as a bit of a culture shock. Going from a small Catholic school like BSM to a massive public school like Minnetonka affected him more as a teacher than as a coach. Large class sizes and massive departments overwhelmed a teacher acclimated to exactly the opposite.

“I was more concerned about the classroom than hockey. Minnetonka is a great public school and a great place to be, but it’s big. The size of the school was a dynamic I just couldn’t get used to,” he said.

As the Skippers’ head coach, Pauly led Minnetonka to a 44-31-7 record, and a state tournament run in 2006. Despite his success, something was missing; something that couldn’t be found through a game. 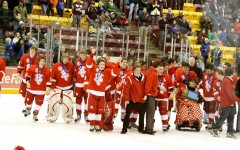 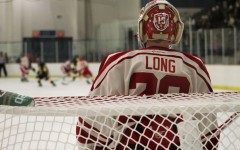 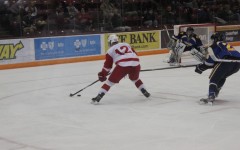 “Truth is, I never really let BSM go. I mean, I left, but I still was very attached to BSM. There was certainly no disrespect to Minnetonka; it was wonderful people and a wonderful place, but [BSM] still felt like a home and a place that I wanted to be,” Pauly said. “Being in the classroom and the overall feel of it is what I missed. It didn’t really have anything to do with hockey. All of the hockey maniacs who think they know what went down there was not even a factor. Both teams have fantastic hockey programs, kind of apples to apples.”

Leaving behind dynamic players at Minnetonka like Jake Gardiner (who currently plays for the Toronto Maple Leafs in the NHL), Pauly took up Mr. Jerry Pettinger’s offer to once again coach at BSM after the departure of Larry Hendrickson. Pauly led BSM to the section final that year, where he faced his former team. And beat them.

So today, six years later, he’s right back where he started. The 27-year coach has stood behind the bench behind five state tournament runs, but Pauly’s the first one to say his success isn’t defined by just wins and losses.

“Everyone has a philosophy, and I think I’m able to relate to players on a number of different levels,” Pauly said. “It’s having that empathy for your entire team and being able to plug into that is critical.”

This empathy might not always be evident when Pauly is seen screaming from the bench or fuming after a breakdown, but it’s there. After all, he’s not the kind of coach to keep his mouth shut if something isn’t going right.

“He keeps you honest because he’s not afraid to call you out, but at the same time, he’s pretty quick to build you up so it’s a really good combination,” senior captain and scoring leader Spencer Naas said.

Naas leads the team in both points and goals this season. Seen by many as the “star player,” he’s the exact opposite of a high school Ken Pauly. Never in the spotlight, never scoring game-winning goals, and never leading the team in much of anything, even Pauly sometimes has trouble connecting to this type of player.

“Believe it or not, I actually have more trouble connecting with the star player because I never experienced that much spot light,” Pauly said. “I think I’m starting to connect with them better now, but for awhile I couldn’t understand. It’s like why are you upset? Just because you didn’t score or didn’t have a hat trick? Well, that’s how the stud thinks. The backup goalie is sitting there going, ‘YEAH, WE WON!’”

Pauly stood behind the bench on a Saturday night and coached his team to a 4-1 win over St. Francis. His team is currently 12-4-2, and despite some early season letdowns, the Red Knights are hoping to be playing their best hockey come late February. But after all of this, getting cut in high school, leaving BSM, and coming back to lead two more teams to state, Pauly is right where he belongs.

“I couldn’t be happier.” 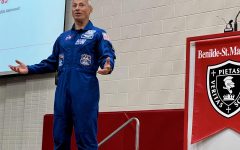 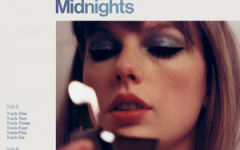 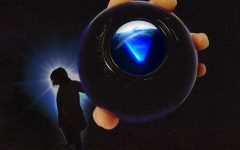 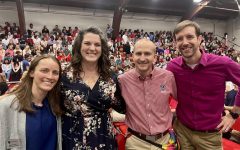 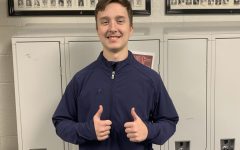