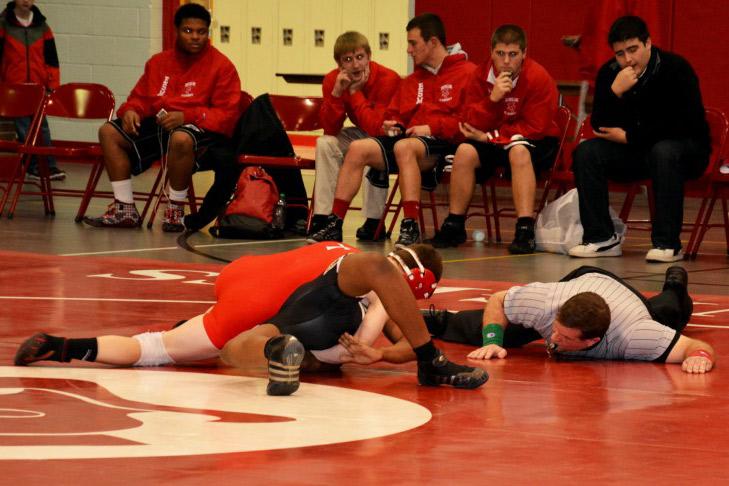 As freshman Jake Allar pinned his opponent to the mat in less than 36 seconds at BSM’s Minnetonka dual on January 10, you wouldn’t have found Jake’s father watching from the stands. Instead Mr. Larry Allar, Jake’s dad, was on the sidelines coaching his son, just as he did when Jake started his wrestling career as five year old.

Entering his sixth year as head coach of the BSM wrestling program, Allar has coached many great wrestlers; however, his greatest wrestler might be his son, Jake, who has developed into one of the nation’s top wrestlers. 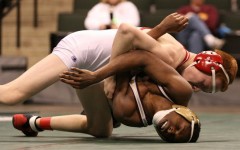 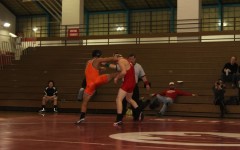 Since the start of his wrestling career as a kindergartner, Jake has proven himself to be one of the best wrestlers in the nation. A four-time National Champion, Allar has won the Future Olympian competition three times, and is expected to reach 100 career wins this season, something most wrestlers don’t achieve till their senior year.

As means of continuing the family’s passion for wrestling, Jake’s father has served as coach from day one. “I knew I would coach Jake in high school since he was in fourth grade. I started then by bringing him around the high school team so he could see what was going on,” Mr. Allar said.

Mr. Allar is no stranger to wrestling himself. His career highlights include being a four-year high school varsity starter, earning an All-American status three times, and wrestling in college. “[I was] plagued with serious knee and shoulder injuries after my second year as a college athlete, and I gave up competing. I learned a lot in what to do and not to do in my own journey,” Mr. Allar said.

But one of the most important things Mr. Allar took from his career was the experience and knowledge that he is now able to pass along to his son and the other athletes on the BSM wrestling team. “He and I have been able to develop a bond because of spending so much time together doing this,” Mr. Allar said.

Other BSM wrestlers find it inspiring to watch the father/coach dynamic. “It’s great to see how dedicated Mr. Allar is to helping his son reach his goals. He doesn’t just watch; he’s really hands on,” Carter Burn, senior captain, said.

Even though Jake and Mr. Allar do value their unique relationship, it has come with its challenges. “Struggles I’ve had with my dad being my coach is that sometimes he’ll over-coach me. He doesn’t know when to stop only because he wants the best for me. We work through by just talking about it and working through it,” Jake said.

In addition to an expected exciting rest of the season ahead for Jake, who is currently 9-0, the BSM wrestling team as a whole has a lot to look forward to. The team had one state champion, Jarred Oftedahl, who graduated, one state Runner-up, senior captain Christian DuLaney, a fourth place finisher Logan Kass, a junior, along with Allar who finished fourth in state. “We will definitely build off of the success that we had last year and should be ranked high in this year’s rankings. We have an exciting season ahead,” Mr. Allar said.

With high hopes ahead for Jake’s high school wrestling career and beyond, he remains focused on the path that lies ahead. “Some hopes or goals I have is the be a multiple time high school state champ, to wrestle D1 and be an NCAA National Champ, and to ultimately one day be an Olympic champ,” Jake said.

Jake’s father holds similar hopes for his son’s success and believes excelling at wrestling will valuable to his son’s education. “Wrestling is the vehicle to show how good he is to the best institutions in the country. He then can get a world-class education and enter into adult life at a higher level. If he wants to try to make an Olympic team, he has my support as a coach, father and fan,” Mr. Allar said.

In addition to being grateful for time he has spent with his son, Mr. Allar is also grateful for the many benefits his son has gained through the sport of wrestling. “Wrestling makes you understand the relationship of effort and output related to performance. Not only in wrestling, but in life. I have always said give your best effort and wrestling will take you places,” Mr. Allar said.