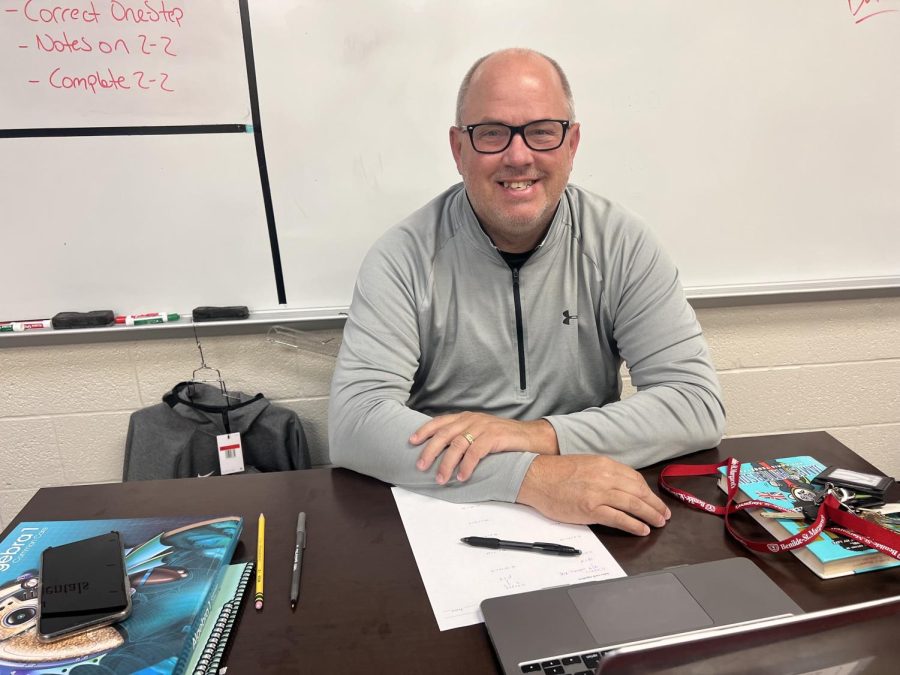 Benilde St. Margaret welcomes new math instructor and head girls Varsity basketball coach, Tim Ellefson. Ellefson had first heard of the opportunity to come to BSM when he was on a basketball trip for the AAU (Athletic Amateur Union) team he coached; MN Fury. Junior Olivia Olson had played on Ellefson’s team when her father approached him about a potential basketball coaching position opening at BSM. Ellefson hadn’t thought about leaving Hutchinson, where he taught high school level math and was the varsity basketball coach as well. Ellefson pondered upon the open opportunity offered by Olson’s father.

Ellefson made the decision to come to BSM because of the basketball program. He also wanted a change from Hutchinson where he had been for the previous 16 years. “I wanted a new opportunity and to try to do something later in my career here, and to rise to the challenge,” Ellefson said.

Ellefson has noticed that the scheduling here is different than it was at Hutchinson, “It’s going good. Getting used to the new scheduling and fringe schedules each week and trying to make it more routine for me.” Ellefson said.

Ellefson feels that people are different here than he has seen in his past, for various reasons. “Everyone here seems that education is a big part of their lives, and there’s a lot of family and parental support… so here, It’s a little bit more academic,” Ellefson said. Math has always been one of Ellefson’s biggest interests, he loves the yes and no answers, as well as the concrete answers that can’t be contradicted with. “I like the right and wrong, and being able to prove that things are right, obviously I was good at it… and the idea of using rules to prove something is true, I like that,” Ellefson said.

In college Ellefson played college golf and he also played on the practice squad for the women’s basketball team. He has been passionate about basketball ever since he was born, he loves every aspect of it, watching it, playing it, and even talking about it. “I have deep respect for women’s basketball… and Laurie Fish, who is now the head coach of St. Cloud State was on that team, and now I have girls that have played for me, that are playing for her.” Ellefson said.