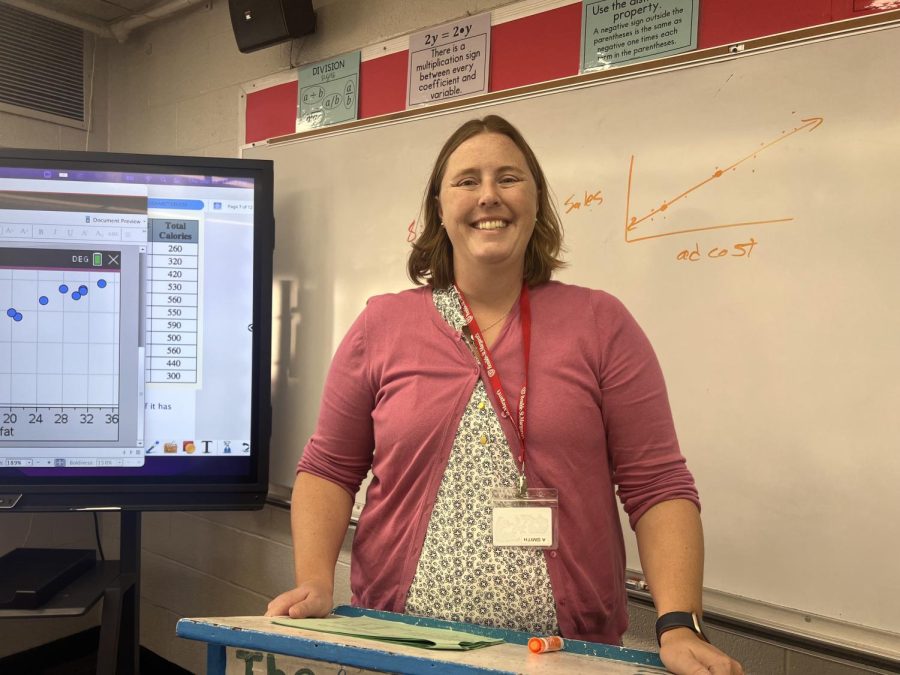 This school year has seen the arrival of many new teachers to BSM, and among them is new senior high math teacher, Ms. Annie Smith.

Before she came to BSM, Ms. Smith taught math in Washington D.C. “I moved here last summer, and before that I was teaching outside of DC,” Smith said.

When deciding where to teach after she moved to Minnesota, Ms. Smith was drawn to BSM primarily for its location and what she had heard regarding the school. “I’ve heard great things about it. I like the kids so far, I really like the area that it’s in, and I’m excited to be part of the Red Knights,” Smith said.

Ms. Smith has one primary goal for her time here at BSM, and it’s to be able to help her students enjoy learning math as much as possible. “I guess my goal would just be to be able to teach so that kids can understand math clearly and enjoy it as much as I do,” Smith said.