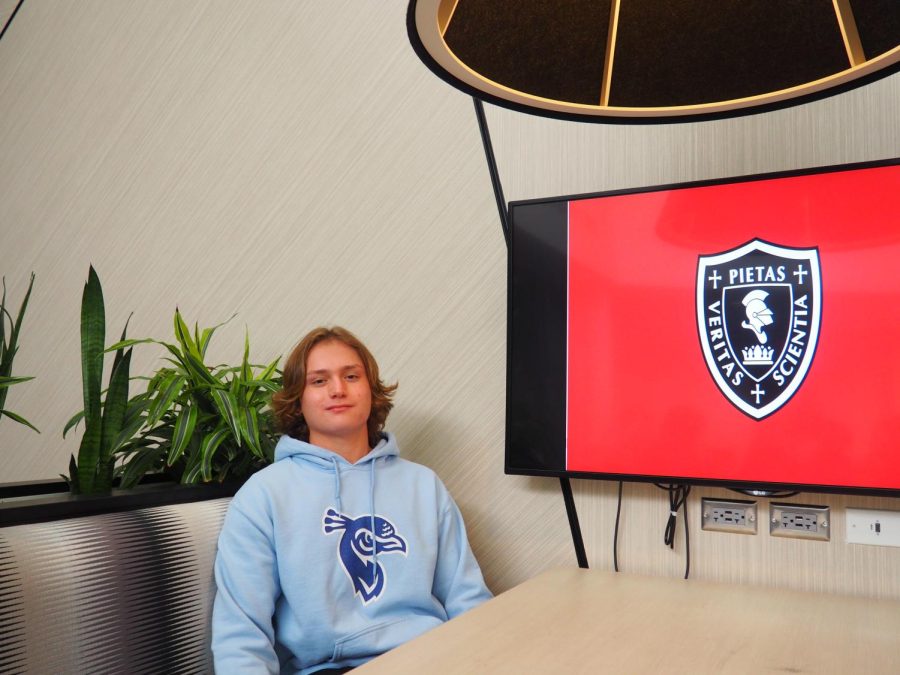 Seven students of the class of 2022 have stood out among the rest and have earned the title of Valedictorian. Ryan Long has dreamed of becoming a valedictorian from the moment he entered BSM, and he has accomplished his goal.

Becoming valedictorian has been Long’s goal since the beginning of freshman year. He knew he had the ability and drive to maintain his 4.0 and wanted to leave his mark. “I think it’s something that I’ve wanted to do since like freshman year, so I’ve just kind of stuck to that goal,” Long said.

Staying timely and disciplined is how Long stayed on top of his goal. “Some ways I have worked towards achieving my goal are staying disciplined through my work and turning in my work on time,” Long said.

There was one class that came close to destroying Long’s perfect record: AP Chemistry. “I’d say that the hardest class for me was AP Chemistry just because I didn’t really do my work all on time that year and towards the end I really did crunch it in and work really hard to make sure I kept the A,” Long said.

Getting all A’s is a great achievement, but maintaining that standard can start to feel almost like a chore. Long’s philosophy is that quality is better than quantity; it is more important to finish quality work rather than finish it faster. “I would just stay disciplined and make sure you’re aware of that goal when you’re doing your work because sometimes there are moments where you just want to get your work done and have it over with, but it really helps to pay attention to what you’re doing and make sure that you’re doing quality stuff,” Long said.

Long has been involved in many different activities here at BSM. “I was on the boys swim team for four years. I’m on the tennis team now. I’m in the Link Crew and in the National Honor Society, and then a bunch of other little clubs that I participate in,” Long said.

Long plans on attending USC for his next four years of college and is planning on majoring in computer science. Long isn’t quite positive on what he wants to do in the future, but there is one constant. “I don’t really know what I want to be when I get older but I just kind of want to make a lot of money,” Long said.

The class of 2022 has left a huge impact on the school, but BSM has also left its impact on these students. For Long, BSM allowed him to create tons of new relationships. “My favorite memory of BSM is probably just meeting a ton of new friends that I really like hanging out with,” Long said.