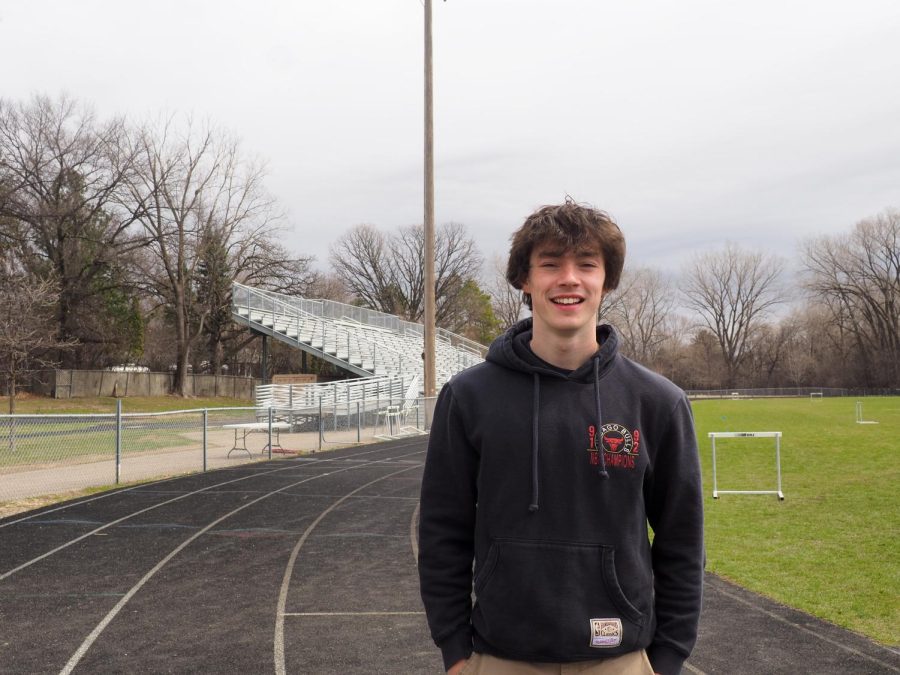 After four years of devotion to working hard both within the classroom and outside the hallways of BSM, Patrick Mullin’s dedication has resulted in him becoming a Salutatorian.

Mullin’s path to the status of Salutatorian began unbeknownst to him. He came into 9th grade only trying to do his best in the classroom, no accolades in sight. However, after a Freshman year with all A’s, being a Valedictorian or Salutatorian suddenly popped up on his radar. “When I realized it could happen, I definitely wanted to be a Valedictorian,” Mullin said.

Mullin’s main focus pushing him was simply trying his best, but the accolades his family members had previously gotten also inspired him. Two of Mullin’s cousins came before as Valedictorians at BSM, and inspired Mullin to continue their legacy. Though he had aspirations of maintaining good grades, that didn’t make this rare Salutatorian title come easy. Mullin looks back with pride at all the work he put in to get all A’s and one A-.  “Mostly it was my own drive. I thought it would be all worth it in the end, and it totally was,” Mullin said.

While he kept himself busy in the classroom, that’s not the only place that Mullin’s diligent work ethic paid off for him. He was named Cross Country and Track captain, both played and managed the boys varsity basketball team, is the President of the National History Honors Society, and is a member of three more Honors societies at BSM. He didn’t limit himself to clubs and sports, he also volunteered through Link Crew and RKVC. Being so occupied both in and out of school would lead to stress for any high schooler, but Mullin said he never got too overwhelmed. “When we had meets or games for basketball it would get challenging, but I always tried to manage my time well,” Mullin said.

Many teachers and coaches mentored Mullin throughout his time at BSM, but one especially stood out. Coach Snell, the coach of the Cross Country team for all six years that Mullin participated in Cross Country. Mullin credited Snell with being a role model for him, and his enjoyment of BSM. “He always wanted to see me succeed and was very supportive… The cross country team was always so fun and he was an essential part of that,” Mullin said.

Mullin talked fondly of many of his teachers, repeatedly crediting them with his success within the classroom. One of Mullin’s favorite teachers, Tiffany Joseph, remembers Mullin’s consistent positive attitude. While Mullin took Joseph’s class during a difficult period of COVID-19 with students only in school half the time, she recalls he still remained engaged during book and writing discussions. “The coolest thing about Pat is he’s always in a good mood and always is willing to be involved…he was committed to getting his work done and developing as a writer,” Joseph said.

Mullin is happy he pushed himself so hard in school and got involved in so many different ways, and credits this as to why he was so passionate about doing his work on time. He suggests future students to manage their time well, and most importantly not to procrastinate.

After high school Mullin is committed to pursuing his education at University of Wisconsin–Madison. He plans to double major in Economics and Finance.