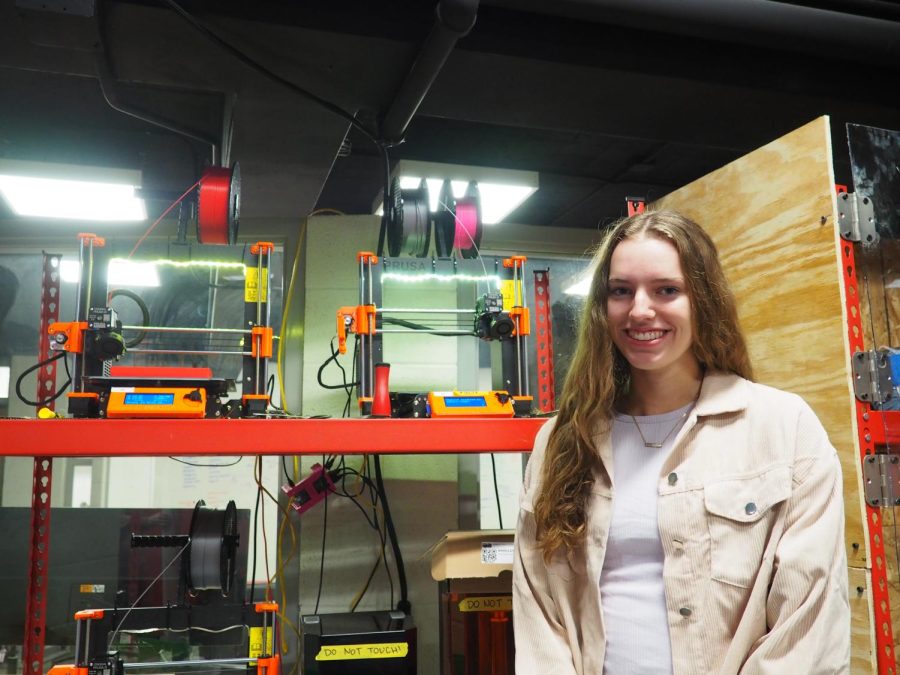 After four years of dedication and unpredictability, Nicole Doering has ended up on top of the class of 2022 as one of this year’s seven valedictorians.

Doering is definitely excited to be named one of this year’s valedictorians, as it’s a nice recognition of her hard work over the past four years. “I think it’s definitely rewarding to see all my hard work paying off, but it also doesn’t feel like the biggest deal in the world to me, like it’s just a title,” Doering said.

While there was some outside pressure to get good grades, Doering quickly realized that she could maintain good grades while still enjoying the other, non-academic aspects of high school. “I think maybe in my underclassmen years, I worried about grades too much and kind of stressed myself out but as I got older and I got better at time management, honestly, I felt like maintaining good grades wasn’t that hard for me, and I could still do other things,” Doering said.

Outside of the classroom, Doering devoted her time to playing club softball, captaining the math league, co-founding BSM’s first Spanish Club, and was an active member in RKVC and NHS.

Doering’s transcript has been stacked with eight AP classes and five honors classes; however, only one class posed a real difficulty: AP Chemistry. “Well, it’s definitely just the most material I’ve ever had. Before all the tests, if I wanted to do well, I’d have to spend probably like a week before the test every night, like at least three hours reading through the textbook, figuring out what’s going on in the class,” Doering said.

The summer after freshman year proved to be pivotal for Doering, as it ignited her interest in the engineering field after taking the summer engineering level one class. Nearly three years later, Doering finds herself deeply immersed in all the program has to offer. “I’d say overall, my favorite class was probably engineering because I like the class environment, how you’re kind of able to create your own path, work on what you want to work on and kind of explore it on your own instead of just having a teacher tell you what to do. To me, it just feels more like the real world than just sitting in front of a teacher and having them talk to you,” Doering said.

This year, Doering was lucky enough to have Mr. Nepomuceno as her engineering teacher. Nepomuceno, described by Doering as relaxed but very well versed in the engineering field, has helped further Doering’s interest in engineering, and has had a very positive influence on Doering’s high school career as a whole. Doering has been a guiding force in the engineering department, especially among other seniors. “Aside from being one of the only senior girls in engineering this year, Nicole stands out for her voice of reason and the trust that other senior engineering students have in her. They all look to Nicole as the person who thinks more deeply and seriously to make sure problems are being approached the correct way,” Nepomuceno said.

From the trying yet memorable times in AP Calculus AB, to unearthing an interest in the engineering field, and everything else the tight-knit BSM community offers in between, Doering will look back fondly on the past four years. However, she finds herself equally excited for her next adventure. “I will be attending MIT and playing softball there, and I plan to major in chemical engineering,” Doering said.