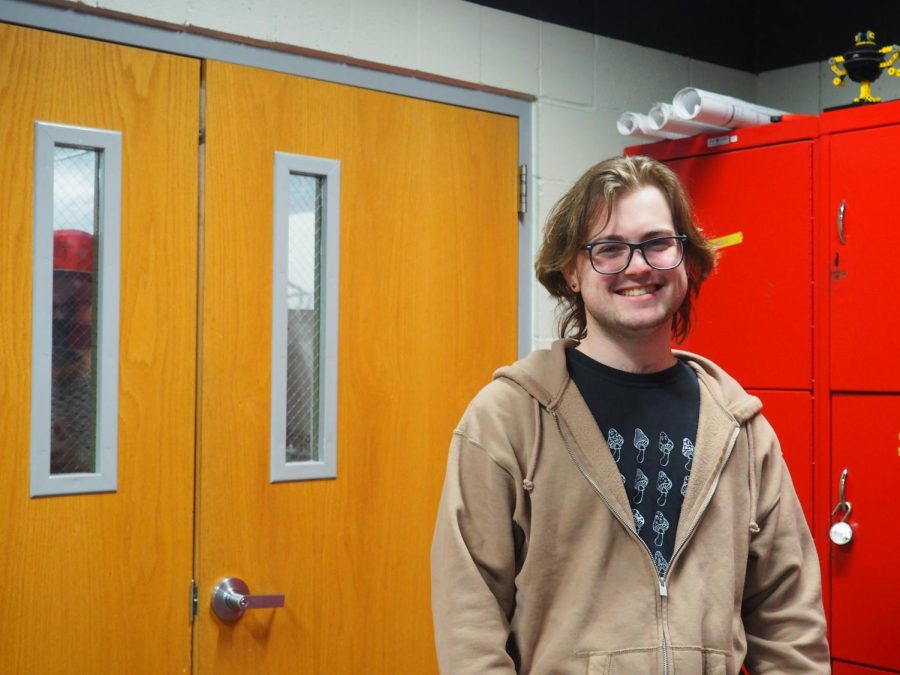 At the end of every BSM school year, a number of students who have made exceptional academic achievements are awarded with the title of Valedictorian. This year, Charlie Parece is among those who have maintained a 4.0 throughout their time in high school at BSM.

For Parece, the title of valedictorian wasn’t something he placed too much value on and represented more a continuation of his academic skill in elementary school. “It’s never something I really cared about, the title of valedictorian. I never really thought about it that much. In grade school I always got perfect grades because it was natural; it felt like no matter what I did my grades would be perfect. It was part of my self-image. It wasn’t hard to get A’s and I knew that I could, so I was just like ‘well I can do this, so I should do this,’” Parece said.

Going into high school, Parece maintained his high GPA and level of academic achievement.“I mean my classes got harder, but not by that much. Honestly […] it stayed about the same difficulty. Maybe a little bit harder, but I feel like I learned at the same time how to study the [material],” Parece said.

To Parece, the accomplishment of Valedictorian is both validating and somewhat of something he expected to happen. “On the one hand it’s […] nice because my hard work paid off, at the same time I’ve known it would happen more or less since freshman or sophomore year. That’s not to say I’ve never fallen below an A and had to work a little extra hard on a project or something, like I’ve had make-or-break projects where I’m like ‘Ok well I need to do good on this or I’m not going to have an A in the class,’” Parece said.

Parece participated in Wrestling and Lacrosse up until ninth grade, and he continued to  participate in Knowledge Bowl through his entire high school career. “I did Knowledge Bowl throughout, and that was fun but it’s not a huge time commitment. Wrestling was tough; I mean I guess that was probably the biggest hurdle. I don’t know how I had time to study because it was like every day I’d get home and be exhausted. I guess it was good that I just did it for freshman year where [I had] the least intense classes. Because I feel like if I was doing it this year while I was studying AP Calc I would not be learning as much, because I would not have the energy. I did lacrosse pretty much just for ninth grade, and then I kind of stopped doing a lot of extracurriculars, partially because of COVID definitely,” Parece said.

The COVID-19 pandemic and the unique learning-related difficulties it presented were a challenge for Parece because he did not feel as though he was gaining the long-term knowledge he could have otherwise. “I didn’t get as much long-term knowledge as I could have otherwise gotten from classes I actually did enjoy. Like from honors chem, I loved that class but I didn’t learn that much because I didn’t have too. It made it easier in a way that wasn’t helpful,“ Parece said.

Parece had two favorite classes in his time at BSM, in the form of Latin and Engineering. “Latin was my favorite class in that it really showed me how much I liked learning stuff. It was so much information and I really had a great time … I really enjoyed Roman history and all the anecdotes,” Parece said.

Engineering was also one of Parece’s favorite classes. “It’s always been just a chill place to hang out and I learned how to code, which I really like now and I got to work on some cool projects,” Parece said.

BSM’s engineering department teacher Anne. Dougherty said that Parece has technical talent and was central to the development of one of BSM’s best performing robots. “Charlie has great excitement and a lot of technical aptitude. He’s been a leader on our programming team – including being an integral part of developing BSM’s all time best performing rescue robot,” Dougherty said.

After leaving BSM, Parece said that he’s going to miss his friends the most. “I mean, the people. The ones I do like, I’ll miss them for sure. Coming down to engineering and just hanging out with my buddies. It’s been fun, so I’ll definitely miss it,” Parece said.

Next year, Parece will attend the Colorado School of Mines, and will join an Adventure & Leadership themed living community and he plans to join lots of clubs and outside activities. He’s preparing to study more and really work at his grades in college. “I think it will get harder and I’m mentally preparing myself for that. I’m not studying at all now, but in a few, four months I’m going to need to start [studying] before tests and make a study guide, study every night and the night before,” Parece said.