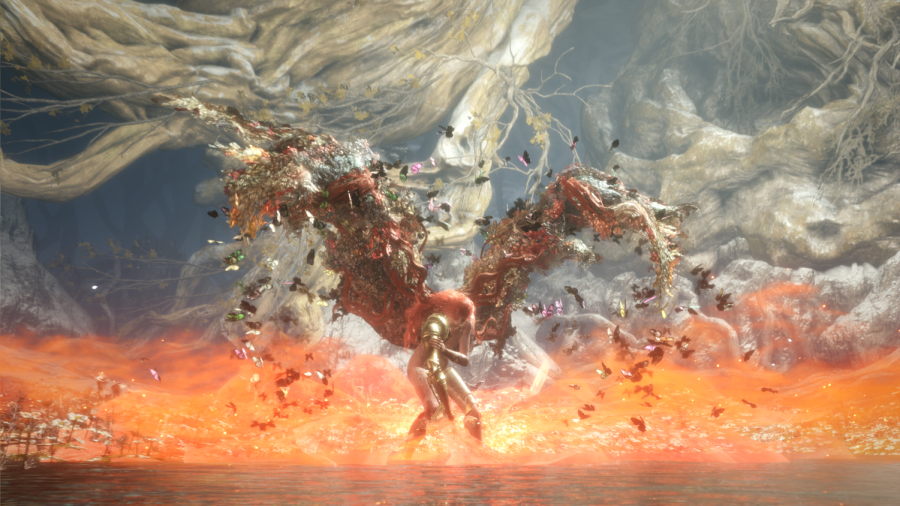 Gallery|6 Photos
Malenia, the hardest boss in the game, grows wings as part of the second phase of her battle.

One of the hallmarks of any Soulslike game is its difficulty. From Demon’s Souls to Dark Souls to BloodBourne to Sekiro, FromSoftware doesn’t hesitate to make its games difficult to complete—nor does it grant any handicaps to players who are having a rough time. Enemies in Elden Ring take on many forms. Some are high-damage monsters, others are giants with tons of health, and there are those that appear in groups that can number in the forties and fifties. One thing is certain: players must learn how to properly fight most enemies in order to progress. That’s not to say that fighting any normal enemy is required—none are. However, in order to level up, players must defeat enemies to gain experience points. Those who neglect to level up will have an extremely hard time dealing enough damage to bosses and enemies and won’t hold up too well against strong attacks either.

Each new area in Elden Ring presents a new set of challenges for players to overcome. One of the most obvious of those challenges is each area’s set of new enemies. Players will constantly have to learn how to fight different types of enemies as they progress through the game. Since there is very little enemy crossover between areas, players will be thrown out of their comfort zones time and time again, rarely given the chance to fight something they’ve met before. One area might have a variety of different knights, while the next could contain giant lobsters and vaguely humanoid, multi-armed monsters. This variety makes the world feel more dynamic and rich.

There’s no talking about a Soulslike game without talking about its bosses. All bosses in Elden Ring – a strong enemy that doesn’t respawn after being defeated – are further identified as being such by a giant health bar that appears on the bottom of the player’s screen. While only a handful must be defeated in order to beat the game, Elden Ring contains over 80 unique bosses. Bosses pose an extra challenge to players because of their larger set of possible attacks as well as their high damage output and health totals. Additionally, most bosses in the game have a second phase. When a boss’s health gets low enough (usually to about 50% of its total), it will begin to use an entirely new set of moves—these second phase moves are almost always much more powerful than the first phase’s moves.

Players who beat Elden Ring on their own must learn all of these attacks through countless boss fights in order to vanquish their foes. This can be a fairly brutal process when a particular boss is extremely difficult to fight, or when players respawn from each boss attempt at a checkpoint that is no small distance from where the boss lies.

It’s hard not to be in absolute awe of some of the boss designs. Many Elden Ring bosses are physically impressive and well-designed, and have movesets that are also visually appealing. Words don’t do these bosses justice, but screenshots might help paint a picture for players yet-to-be.