On day six, we headed to the train station early in the morning. We took the high speed rail for three hours from Florence to Naples. When we arrived in Naples, we took the coach bus a little further to Pompeii. There aren’t many restaurants in Pompeii, so we ended up eating in a hotel/conference room area. It was kind of odd, but ended up being a delicious meal of Neapolitan pizza, as Naples is the birthplace of Neapolitan pizza. After lunch, we did another guided tour around the grounds of Pompeii. In two hours, we only covered around 30% of the grounds of Pompeii. The dedicated preservation to the grounds was very interesting to see firsthand. After our time at Pompeii, we got back on the coach bus and took a very windy route down to Sorrento. Hardly making it, we attended mass at a church in Sorrento. It was very cool to see the similarities in mass despite the language barrier. After mass, we checked into our hotel and headed to dinner. We had another yummy three-course dinner, and of course, had some gelato as well. As we returned to the hotel, we got the chance to watch an Italian soccer game in the hotel common room with a bunch of native Italian soccer fans, which was really fun despite Italy’s loss to Macedonia. 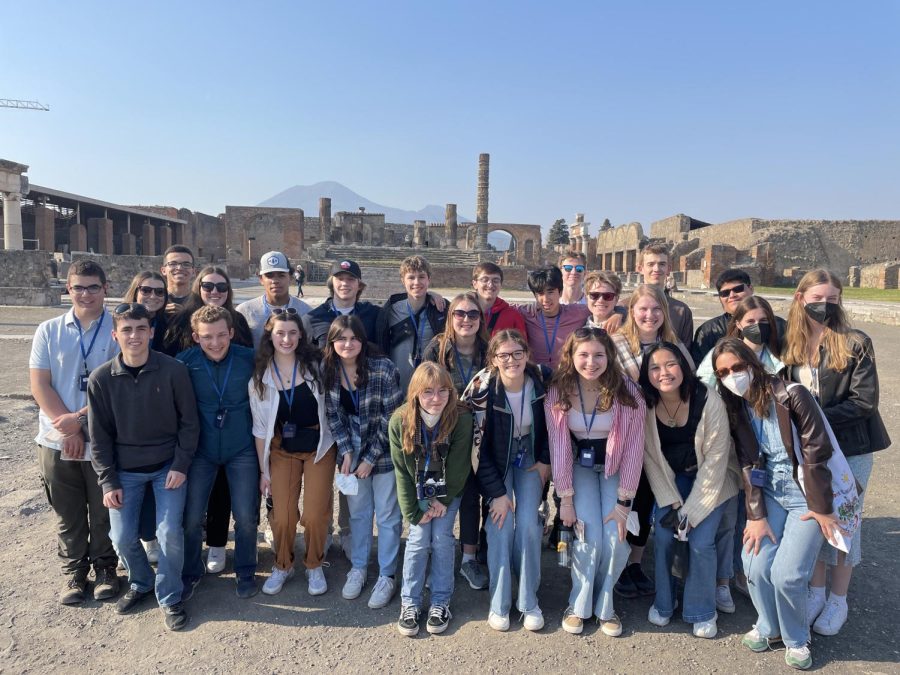 Gallery|4 Photos
Kelli Rahn
The group of BSM students at one of highest points of Pompeii.