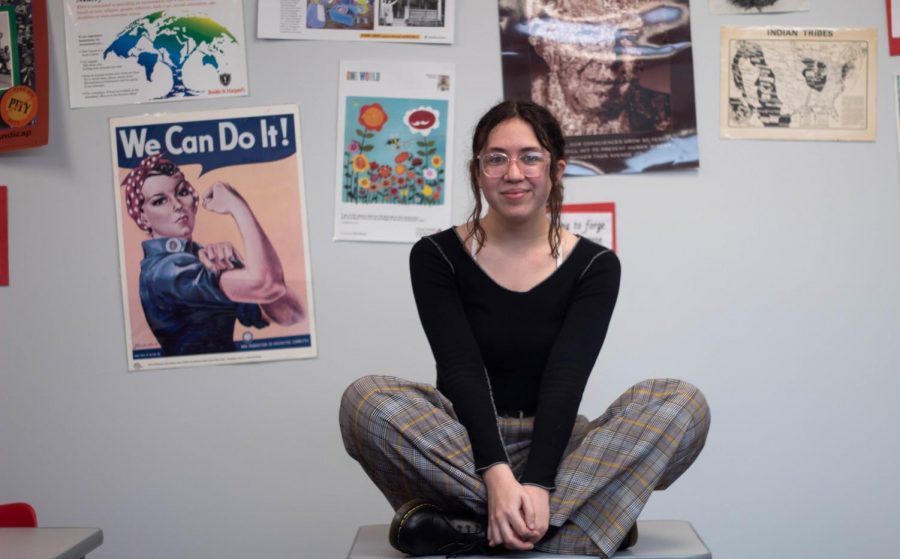 Senior Jackie Bucaro captained the speech and debates teams and was particularly involved in social studies at BSM.

Every year, seniors with the highest GPAs are awarded BSM’s highest academic achievement: valedictorian. Jackie Bucaro is one of fourteen valedictorians for the class of 2021.

While Bucaro is honored to have a valedictorian title, it doesn’t mean as much to her as one might think. “It’s impressive…I’m certainly proud of myself for doing it but…I can’t put it on college applications. It’s not the most useful title in the world. It’s more [like] ‘Oh this is great, thanks you guys,’’ Bucaro said.

Bucaro is a successful public speaker, competing for BSM’s debate and speech teams. “I’ve been a captain of debate for two years and a captain of speech for one. Those are my two favorite activities in the whole world. I spend way too much time on them,” Bucaro said.

Social Studies teacher Mrs. Cherie Vroman had Bucaro for World History, AP Human Geography, and AP European History. “Jackie’s really curious just in general about the world…[It] was so much fun to be around a student who just loved learning for learning’s sake…I always will remember her study guides…I’m excited to see where she’ll end up and what she’ll do and what kind of difference she’ll make in the world,” Vroman said.

Out of all of her AP classes, only one threatened Bucaro’s 4.0 GPA. “AP Physics…It was definitely the hardest class for me because I do not have a mathematical mind… So I definitely struggled a lot. I did so much work for that class,” Bucaro said.

Next year, Bucaro will be traveling east to continue her education. “I’m going to end up in DC…at Georgetown University,” Bucaro said.

Bucaro plans to study International Relations and wants to focus on International Politics. “I applied fully decided to all of my schools. At Georgetown, what I applied for was the [Walsh] School of Foreign Service…so that’s what I’ll be studying,” Bucaro said.

Bucaro has a few words of advice for younger students. “Like, relax. No, like, seriously, relax. Don’t let anybody influence you and don’t get swayed by the idea of like…‘this is the best class’ or ‘this is the highest paying career.’ Don’t pay attention to that. Pay attention to what you love and what you want to do because there is something for everyone in BSM, [and] there’s something for everyone in college,” Bucaro said.