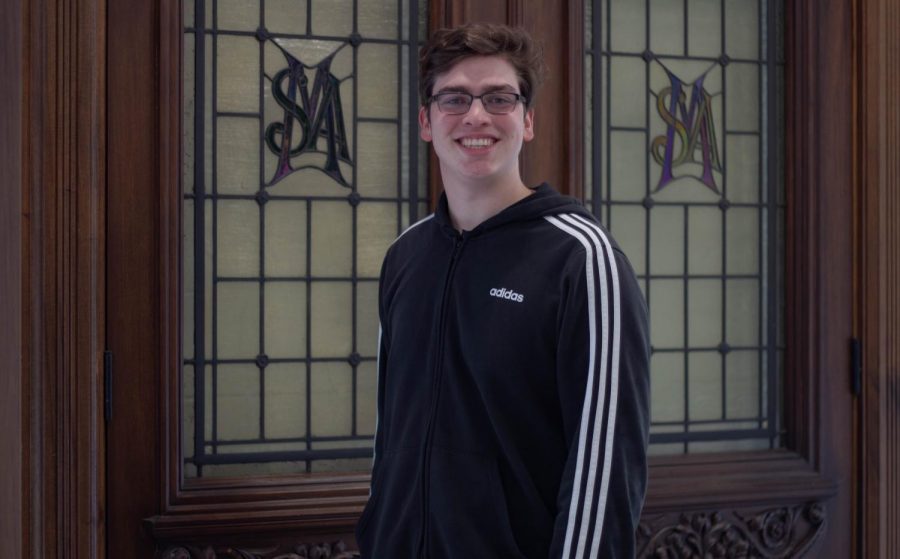 Senior Mason Kelley didn’t set out to be a valedictorian; instead, he was motivated to be a good student.

After four years, Mason Kelley is one of fourteen seniors awarded the academic honor of valedictorian. Kelley achieved a 4.0 GPA even while opting for higher-level classes and participating in extracurriculars.

Kelley didn’t consider becoming a valedictorian his main goal; instead, he was motivated to be a good student. “I didn’t really necessarily have it in mind. I mean, once you kinda get, like after sophomore year where you’re like, ‘Oh I have a 4.0, maybe I can at least make it another year and a half to get a valedictorian,’” Kelley said.

The hardest class for Kelley also strikes him as an atypical choice. “Probably Biomedical Investigations the first year, which is kind of a surprise because it’s a sophomore class, but I think that it required the most actual learning rather than just memorization,” Kelley said.

Next year, Kelley will be continuing his education and traveling south. He applied to schools in Georgia, Texas, Florida, and South Carolina. “I’m going to go to the University of South Carolina,” Kelley said.

Kelley plans to pursue a STEM major while attending the University of South Carolina. During his time at BSM, he took three years of engineering as well as AP chemistry. “I’m going to be studying chemical engineering,” Kelley said.

Science teacher Mr. Mark Peterson taught Kelley for two years in AP Seminar: Biomedical Science and AP Research: Biomedical Science. “Not only did he do his own great work but he really offered classmates insight to their own work…he just brought a real depth of knowledge and curiosity to the class,” Peterson said.

For younger students, specifically freshmen, Kelley has a few tips. “I would really recommend trying some extracurriculars. I think in general, the first-year classes are much easier and so you have less homework usually… It’s nice to try new things and you can kind of decide whether you’re going to continue with that for the rest of your years or maybe try something different later,” Kelley said.