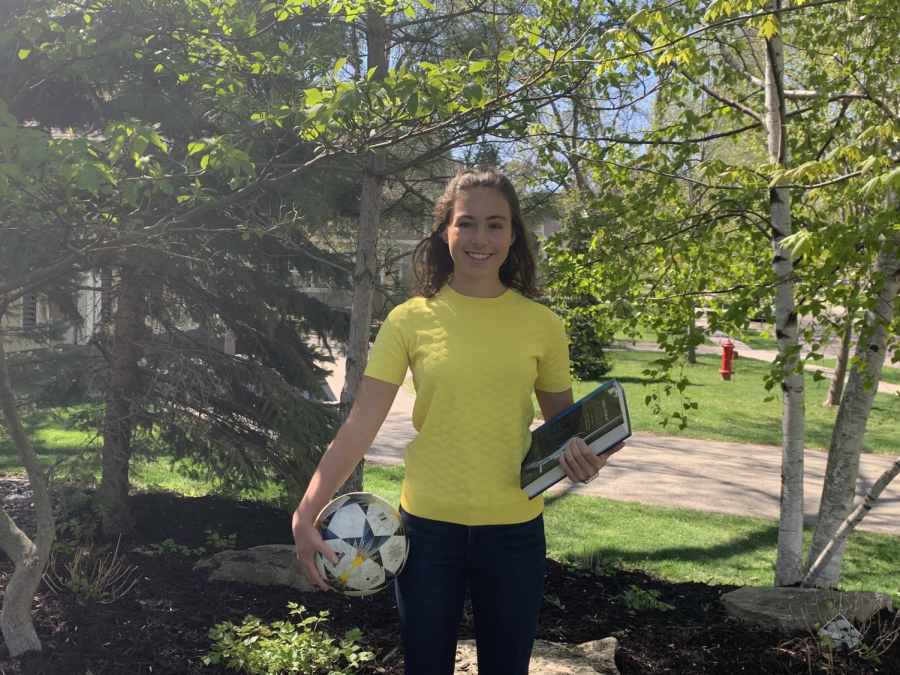 Senior Kiara Herro will be going to Vanderbilt University in Nashville, Tennessee, and intends to eventually become a surgeon.

Kiara Herro is one of two salutatorians for the class of 2020, managing to earn all A’s and only two A-’s during her four years at Benilde-St. Margaret’s.

Herro was excited, but also surprised to earn this honor because she had started off freshman year with two A-’s. “This honor is super exciting for me because it shows how my hard work over the years has paid off. It’s also super exciting since I wasn’t expecting to become a Salutatorian since I received two A-’s freshman year first semester,” Herro said.

Herro’s favorite class is also her hardest. “I really enjoy math and science, but my favorite class is AP Calculus BC. We have a super fun class and Mr. Bowler teaches it very well. I have a lot of close friends in the class that it’s fun to do all the homework with. Even though it is one of my hardest and most time-consuming classes, I never mind doing the work because I enjoy it,” Herro said.

Herro explained that she had to put the most effort into Calculus BC to earn the grade she wanted. “Even though I did the best in [Calculus BC], I had to put in the most work to do well and we covered some really challenging concepts,” Herro said.

Junior year in her math class, Herro almost lost her chance for Salutatorian after failing a test. “I didn’t feel like I was going to make it second semester junior year … One day, I failed my math test. While this might not seem like a big deal, math had usually come easily to me so the fact that I got an F on my test really shook me up. It didn’t help that it was the last test of the year before the final and it dropped my grade 6 percent. I ended up doing really well on my final, but it was nerve-racking at the time,” Herro said.

Next year, Herro will be going to Vanderbilt University in Nashville, Tennessee, and intends to eventually become a surgeon. “I am going to be majoring in biomedical engineering, and I intend on going to medical school to become a surgeon,” Herro said.