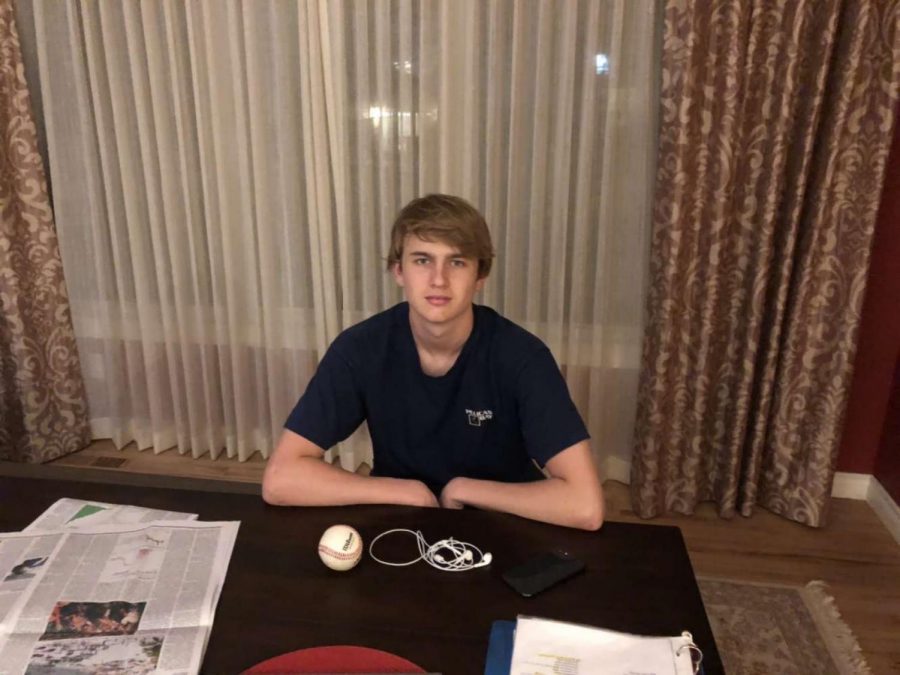 Ryan Gregerson spent his time at BSM involved in many extracurriculars.

A down to earth guy and a great student to have in class is how Ryan Gregerson’s fellow classmates and teachers would describe him. Whether he is in the Haben playing basketball or at lunch with his friends, Gregorson is always welcoming and brings positivity into the room. “Ryan is very outgoing and fun to be around. He’s enthusiastic and personable,” Mrs. Rosaline Goldberg, one of Gregerson’s teachers, said.

In the classroom, Gregerson is very teachable and shows that he is willing to challenge himself, and he wants to pay attention and learn from not only his teachers but also his classmates. “I enjoyed teaching Gregerson because he had such a great attitude about learning. He was so enthusiastic to jump right into the new lesson. He was respectful in class and worked really hard, even when the material got challenging. He was not afraid to ask for help and wanted to make sure that he understood a concept thoroughly,” Goldberg said.

Gregerson has been able to balance his school work with extracurricular activities as he has been very involved at BSM including playing tennis, soccer, basketball and ping pong. “I enjoy the competitive side of the sports along with the many friendships I have built through these sports,” Gregerson said.

During Gregerson’s time at BSM, he has experienced many things that not all students are lucky enough to take part in including being a part of the homecoming court and competing in the annual student vs. teacher basketball game. Under the spotlight, Gregerson thrives as he uses the crowds to get him going. “The student vs. teacher basketball was energetic and got me fired up because the entire school was watching, and bringing the entire BSM community together was cool. I got a similar feeling when I was a part of the homecoming court, and I had to perform a dance in front of the entire school,” Gregerson said.

There were a lot of memories that evolved during Gregerson’s time at BSM, but one particular memory that stood out to him was when the football team won the state tournament. This moment gave him a glimpse of the BSM community and their commitment to their fellow classmates. “Winning the football championship in ninth grade was a historic one-time thing, and it felt cool to be a part of it even though I was not on the team. Everyone in the school was so excited for the team,” Gregerson said.

The faith and people at BSM have shaped Gregerson into a leader and great role model. BSM has taught him one of his greatest attributes which is being respectful. “I try my best to be nice to everyone. I try my best to reach out to other people and make them feel good about themselves. I want to leave a good mark on the school,” Gregerson said.

Growing up in Minnesota, Gregerson has been a big fan of the University of Minnesota. He has followed and supported the sports teams for many years and will do so for more to come. Gregerson plans to attend the U of M next fall. “I decided on the U of M because it is close to home, and I have always liked the U of M, and its sports teams. I will start off taking sports marketing type classes, and I am hoping that I will get accepted into the Carlson School for my sophomore year,” Gregerson said.

Favorite Book: To Kill a Mockingbird by Harper Lee

Advice during online school/ quarantine: Do your homework and stay productive throughout the day. Fill your schedule up.