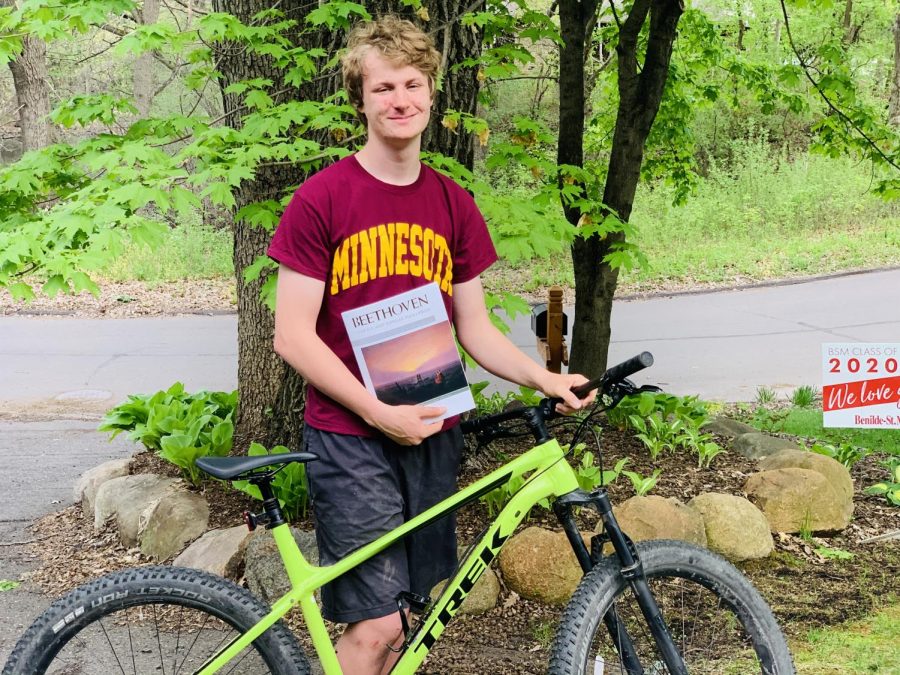 Harry Meshbesher has a great passion and talent for knowledge bowl.

In the grand scale of things, there have been a lot of people who would qualify as tremendous. Names like Mandela, Da Vinci, and McCringleberry come to mind. Well, it just may be that when future generations think about these sorts of people, a good portion of them will immediately think: ‘Mesh’. Harry Meshbesher doesn’t have any superpowers (although some may argue super-intelligence) but his overall tremendousness certainly makes him one of the more esteemed members of the BSM community.

Meshbesher was a knowledge bowl team captain the past two years, an activity that he started doing partially because of sibling rivalry: “My brother Sam was on the knowledge bowl team, and I just wanted to be better than him, which spiraled into me [being on the team] for six years,” Meshbesher said.

Though many can relate to wanting to beat a sibling at something, Meshbesher took it to the next level. Last year, Meshbesher was invited to attend the Individuals Players’ National Championship for his knowledge bowl mastery. After an impressive season, Meshbesher was able to go to this national knowledge bowl tournament in Chicago, where he competed against other rising knowledge bowl prodigies from around the country. “I did decently,” Meshbesher said.

Naturally, Meshbesher is not just a gifted knowledge bowl competitor. In his six years of being a part of BSM, he has racked up a healthy amount of achievements and new experiences: “I’ve been able to try out a lot of activities, especially recently, that I’ve realized that I enjoy quite a bit,” Meshbesher said.

As well as running with the cross country team throughout his junior high and high school tenure, Meshbesher has also been able to expand his horizons by doing track the past two years and picking up nordic skiing this winter season. “I liked [being on the nordic skiing team],” Meshbesher said.

Meshbesher has also managed to gain success musically both in school and out. He played alto saxophone for several years in Mr. Paul Keefe’s very own, the BSM Band. Though he does not keep up much with the sax anymore, Meshbesher likes to stay busy by playing the piano. He particularly enjoys replicating Beethoven compositions and will freely admit that he has a keen ear and a taste for the more refined tonal frequencies of life. “I’d say my favorite composition has to be Gershwin’s Rhapsody in Blue, the glissando is absolutely to die for,” Meshbesher said.

You may also find Meshbesher out this summer on his mountain bike, which is one of his favorite jaunts when not composing music and winning knowledge bowl competitions. He will be attending the University of Minnesota-Twin Cities next year with an undecided major.

Favorite Movie: Spiderman into the Spiderverse