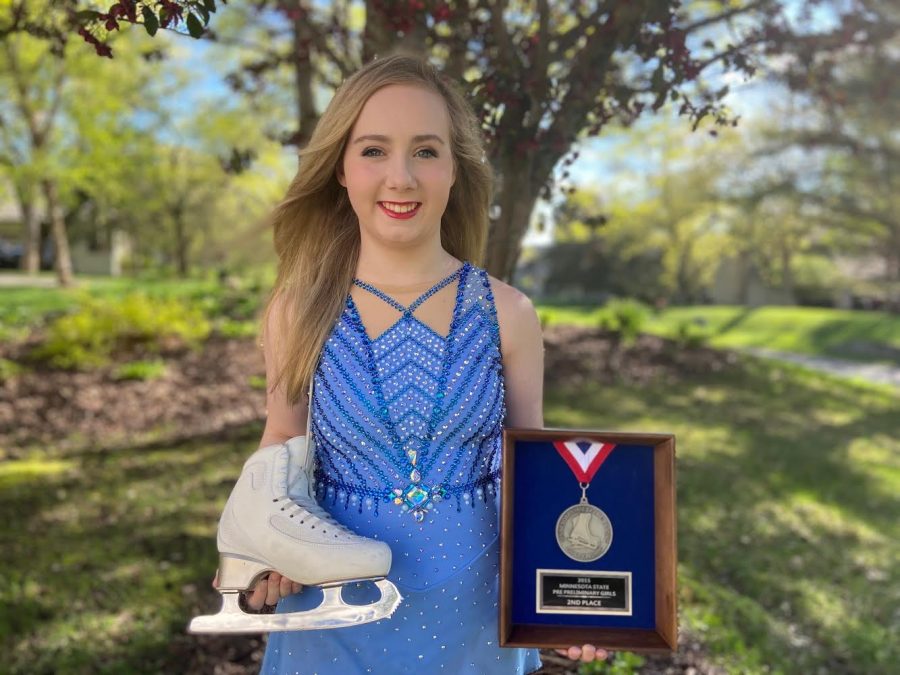 Alicia Fripp has spent most of her life figure skating.

Fripp was born in England and spent time there before moving to the US. “I lived there till I was four and then we moved here,” Fripp said.

A major part of Fripp’s life is taken up by figure skating. She skated both for the BSM team as well as her club team: St. Paul Figure Skating Club. On BSM’s team, she was a captain her junior and senior year and started the team in eighth grade. Fripp is also a triple USFS Gold medalist. “That means it’s the top 1% in the country for skating,” Fripp said.

Being away from the rink due to the COVID-19 pandemic has been hard for her. Her last ice show was canceled due to the virus. “For the ice show, we were gonna do pyrotechnics, which was new, so we would skate with fire which would’ve been fun,” Fripp said.

Recently, Fripp used her figure skating abilities to audition to be part of the Disney on Ice shows. “I went through a live audition process with them, and I should get a call from them in May,” Fripp said.

Fripp is also artistically gifted, but she hasn’t taken art classes in a while due to being busy with other schoolwork. Recently, she started working on a 3D animation project with friends. “It’s been interesting. I wouldn’t recommend doing it… learning how to use a 3D animation program is not an easy feat,” Fripp said.

Next year, Fripp will be moving on from BSM and continuing her education at New York University in the fall. She plans to major in anthropology and possibly double major in history.

Favorite Movie: anything on Disney + or Netflix