Would you rather have had this happen at a different time? 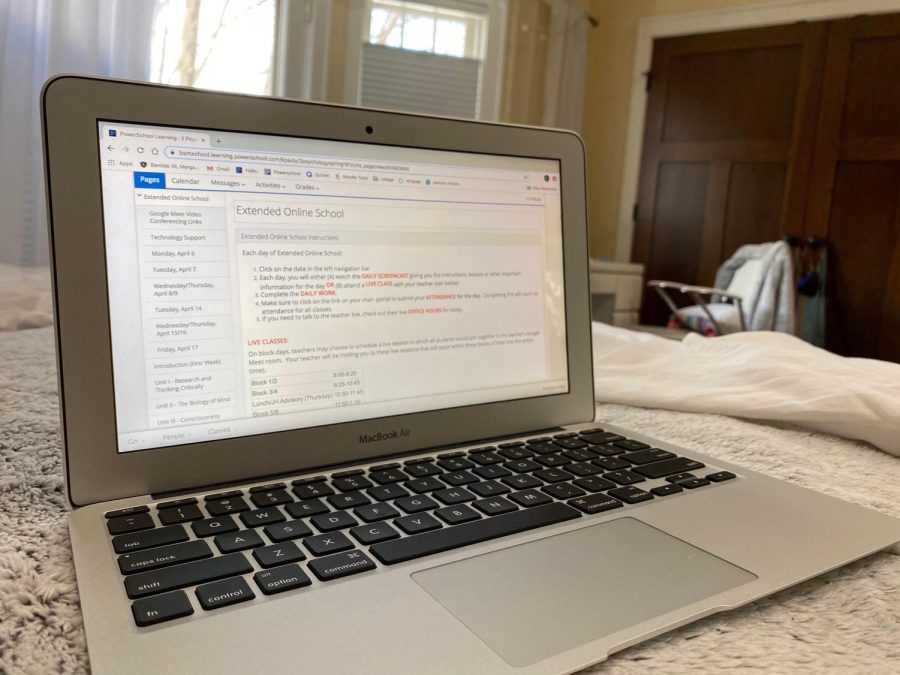 Due to coronavirus, BSM students have had to adapt to the new Extended Online School schedule and curriculum.

Dr. Susan Skinner, Senior High Principal: “I think any time that it happens is bad. But having said that, I would not want to have little children, because I would just worry. And I have no grandchildren yet, so I don’t have to worry about them.”

Dr. Adam Ehrmantraut, President: “Maybe a better scenario would be sometime when we have an ability to come back and bring closure professionally, you know with all our students and families, that may have been advantageous versus a virtual closure. That’s the only thing… the beginning of the year would be very challenging I think.”

Avery Junker, Class of 2022: “As a sophomore, I have it much easier than other grades, however, it has been hard to go through school online and to interact with my sports teams and friends through the internet… personally I feel like I am in the perfect grade for this to have happened.”

Peter Giertsen, Class of 2023: “Yes I would, it would be better if I was a child in second or third grade because then we wouldn’t have much online school, and we wouldn’t be missing out much because you didn’t hang out with friends anyways.”

JoAnn Meyer, Parent: “I can’t say that I can think of a better time. It would be much harder for us to work from home with younger kids. While we interact with ours a lot, they can work on their studies independently, and we can sneak out for a walk by ourselves whenever we want. Those poor parents who can’t leave the house have it rough.”

Mr. Zach Zimny, Art Teacher: “I am not too sure it would’ve been any different if it got shut down earlier in the year.”