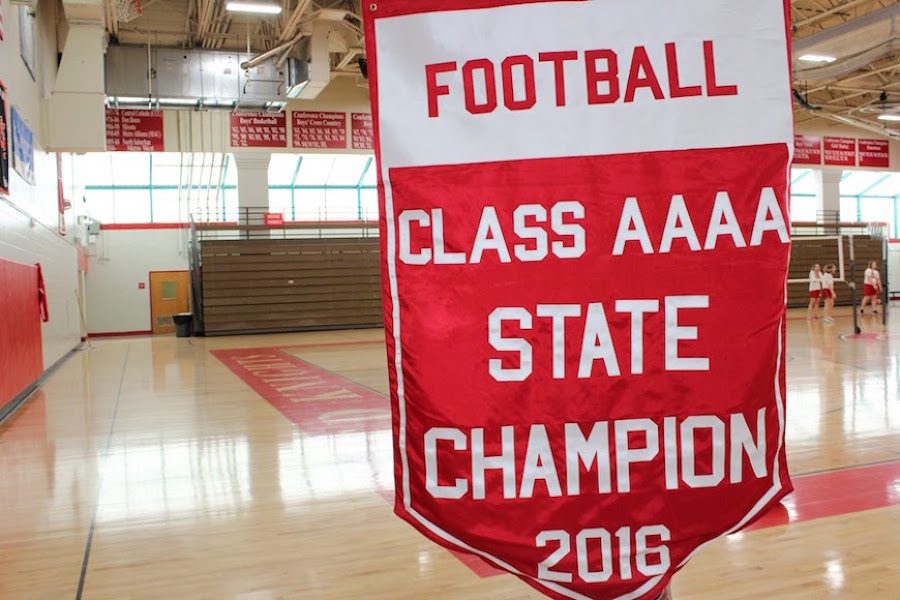 Today, a banner commemorating the 2016 championship victory hangs in the Haben Center.

After a miraculous 2016 championship season, the Red Knights developed greatness––which set the team as a class 4A powerhouse.  Since then, there has been a new set of expectations for future players. A performance of championship-caliber is now certainly attainable; the bar has been raised tremendously for the overall success of teams to come. BSM has embarked on a new mission with new players ready to take home a second title.

Eric Wilson, 2016 Captain: “That game and that season in general really taught me what it was like to help grow something from the ground up. It taught me no matter how hard a season may seem, if you pull together with your team you can make anything happen. From a team record standpoint, my first three seasons at Harvard have not been what I have wanted them to be. Any game we have lost in the past two years has been by one possession, but still, I know that we can make something special happen next year. We did it in high school by banding together, and that experience influenced me in always knowing good things will come to those who work for them.”

Shay Kinney, 2019 Graduate: “Now we have a way bigger football culture. I think people actually care about the team now. I mean, nobody would go to the games and then the next year we would pack the stands for almost every game. There was just an overall more respect for the program.”

Pat Kalb, 2016 Defensive Lineman: “The year after we were the team to beat, everyone was coming for our heads.”

Joe Creer, 2016 Assistant Coach: “When you win a championship, a lot of kids want to come play for you. A lot of athletic kids have come through the doors since then.”

Jerry Pettinger, Athletic Director: “Also, any time our school wins a championship, there is always an added amount of attraction. With this tradition, and the win, attraction increased.”

Eric Wilson, 2016 Captain: “I think any state championship can have a tremendous impact on a football program if leveraged the right way. Coach Hanks, Coach Krieger, Coach Creer, the rest of the coaching staff, and BSM itself did an incredible job of using that win to skyrocket the program to being a powerhouse AAAA contender every year.”

Nick Peterson, 2019 Starting Quarterback: “I think the expectation of being a good and continuing success was there. The impact it had on me, made me work harder and want me to be able to contribute to the team’s success.”

Bill Cheney, 2016 Team Statistician: “I think we have a chance to make it to state every year we put the pads on. Our students work so hard, from offseason lifting, to FAST, to the season itself. Our coaches dedicate so much time and effort to put them in a position to succeed. I think the BSM football program exemplifies some of the strong points of our school (community/family, faith, servant leadership, and a pursuit of excellence) very well.”

Jerry Pettinger, Athletic Director: “We’ve had some amazing regular seasons afterward. It was a huge confidence booster. The championship team was 5-3 in regular season (fairly average) and now we go nearly undefeated.”

Joe Marinaro, 2019 Captain: “I knew exactly how hard I needed to work if I even wanted to TRY to replicate that success.”

Eric Wilson, 2016 Captain: “Since that season, it has become more and more the case that I don’t wonder if the team will win on a given Friday night, but instead wonder by how much will they win.”