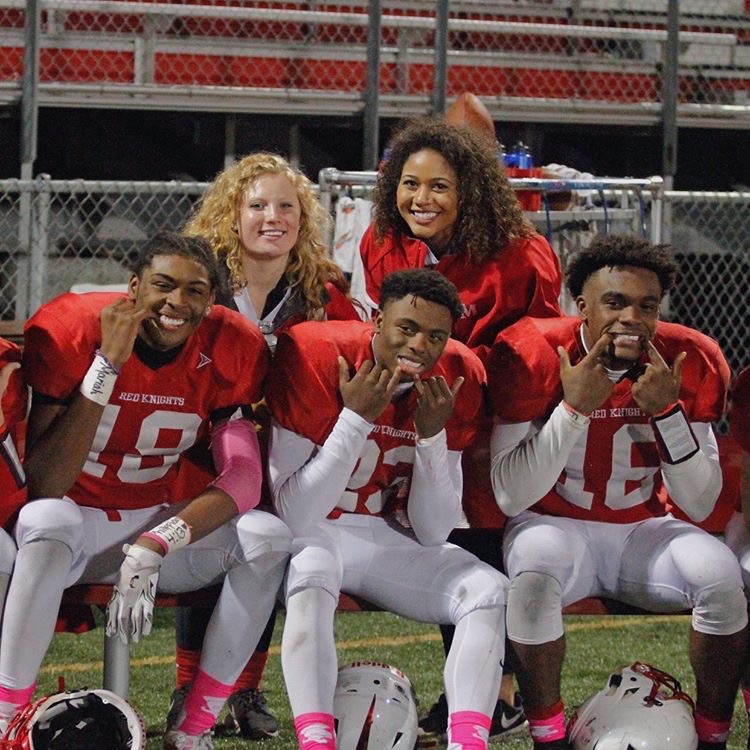 A lot of people know about the Red Knight’s 2016 championship game and season. However, some may not be able to understand the significance of this game, but hopefully, the following facts help to emphasize its importance. From the parent’s point of view to halftime motivational speeches, there is more to this game than just the win.

Joe Creer, 2016 Assistant Coach: “Ricky’s freshman year was his first year of football ever. He had never played before.”

Ricky Floyd, 2016 Running Back: “[My hurdle] was big for me because there was a lot of talk on who was the best back from Minnesota, and I wanted to make a statement.”

Mark Whitmore, Parent and 2016 Booster Club President: “In the semi-finals, we had beat Marshall who was undefeated and rated number one in 4A but also rated number two of all schools in Minnesota. Their quarterback now starts for North Dakota State, and they had an offensive lineman who is a three-year starter for the Gophers to give you a perspective.”

Joe Marinaro, 2016 Running Back: “During halftime of the championship game, I think we were tied, and MN Fats (Elijah’s dad) came in to give us a halftime speech, which was awesome.”

Joe Creer, 2016 Assistant Coach: “We knew Ricky was the fastest running back in the state, and he had broken the state record the year before for most touchdowns in a game (which is seven). Ricky is tied for that record still with a kid from DeLasalle. He was also five yards short from breaking the most yards run in a game. Five to tie it, six to break it, and that game was against St. Louis Park.”

Henry Bird, 2018 Graduate: “Ikenna Ujuagu was trucking kids the entire season. So much fun to watch.”

Bill Cheney, 2016 Team Statistician: “I was up in the coaches’ box, doing live stats for the game. I was sitting with both coordinators. We were on the field for pre-game, then took an elevator up to where the NFL coordinators sit. I joked that I was sitting in the seat Norv Turner just got fired from.”

Ricky Floyd, 2016 Running Back: “My mentality as a football player I feel was my strength through the season. It’s cool to know your abilities and to know what you’re capable of and have the rest of the world clueless. I’m not cocky or arrogant; I’m just silent but deadly; that’s how you win against your opponent––I’ve always done my talking on the field. A lot of people wonder why I never really celebrated after a touchdown or anything this is just my mentality.”

Joe Marinaro, 2016 Running Back: “No Flockin’ was the theme song of the championship run.”