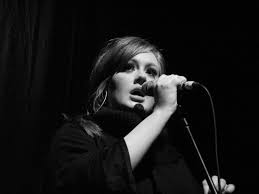 The world has been waiting four long years since Adele’s previous 2015 album, 25. Although no date has been confirmed, many rumors have pointed towards Christmas time at the end of 2019 as a release date for a new album. Although nothing has been confirmed about the topic of her album, Adele recently split with her husband in April. Many have come to the conclusion that her album will most likely surround that topic. No name has been confirmed, but Adele told James Corden in a 2016 “Carpool Karaoke” that her next album would simply be named “Adele.”