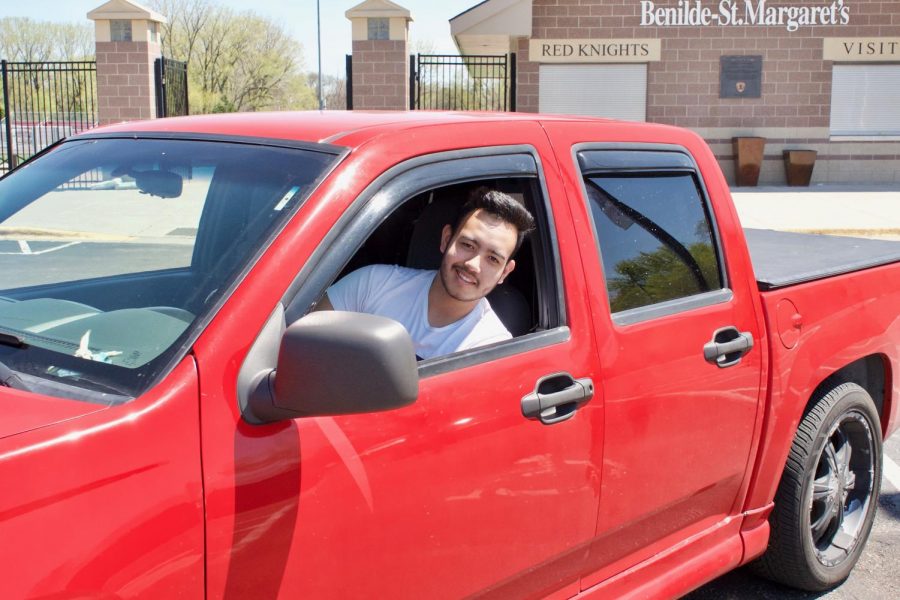 Hernandez-Maldonado is a clever, valued member of the BSM community. Throughout his years at BSM, Hernandez-Maldonado has shared with his friends and classmates his love of cars, his family’s culture, and his uplifting attitude. “I attended a small, little private school called Risen Christ. It’s really small, full of Latino people. Very few white people that went there, and my principal told me about this school [BSM], and I went to shadow, and really loved it. I was a little uncomfortable at first, and I was out of my realm. But, I decided to go here, and ever since then I don’t regret it. It’s been a great experience,” Hernandez-Maldonado said.

Hernandez-Maldonado’s real passion is cars; in fact, he claims that he’s been fixing cars since he could walk. “I would help my dad fix his cars, but the time I started working on them by myself was probably around freshman year. But it really started off in sophomore year when I bought my first car. I fixed it from the crash, sold it to make a profit to buy another car, and ever since then I’ve been buying cars, selling cars, fixing them, and it’s been really fun. The first car I ever bought was a Honda Civic; it was really old, but it was a good starter car. Now I’m working on a Chevy Cruze for myself. Hopefully it’ll start before the next school year begins,” Hernandez-Maldonado said.

He is such a goofball like he says things in the weirdest way, but he has the best intentions”

With plans of going into an HVAC program and opening up his own auto-shop someday, Hernandez-Maldonado will be attending Dunwoody in the fall. “I plan on going to Dunwoody to get my certification, and after Dunwoody I’ll be maybe going to Oregon State to get my business degree, and basically just start up my own auto-mechanic business,” Hernandez-Maldonado said.