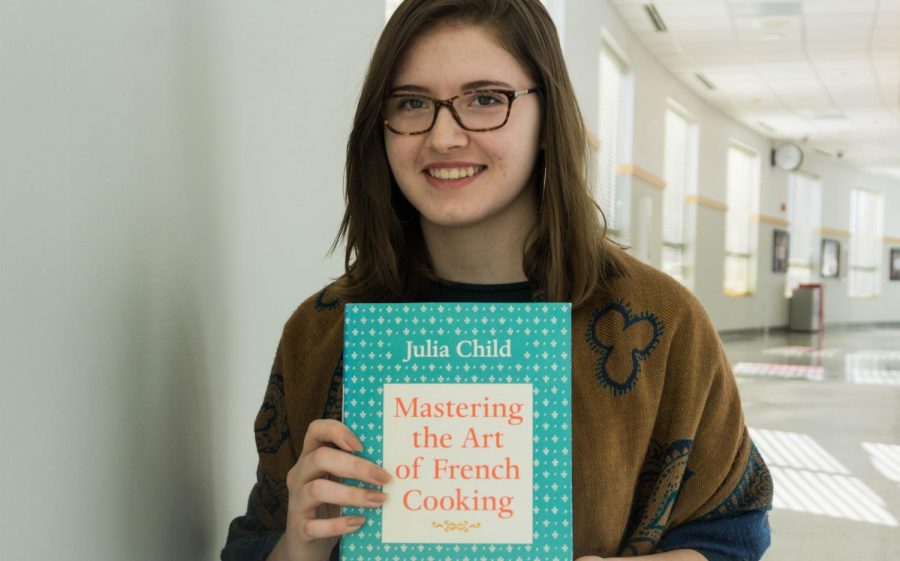 Grace Bacon once spent a summer cooking all of Julia Child’s recipes.

“She can talk about anything, anything at all, and make it sound intelligent and interesting.” - Mary Youngblut

Grace Bacon will easily be remembered for her caring disposition and warm spirit in the halls of BSM. Whether talking about the newest Meryl Streep film or needing some adult advice, Grace Bacon is always there to indulge in conversation.

For college in the fall, Bacon has decided to attend a University in Europe. “I chose Franklin University Switzerland because it was the perfect fit for me. With a school of only 400 students, I’ll get graduate level attention and interaction with my professors starting as an undergrad. Each semester, all students are required to go on an Academic Travel where during the traditional Thanksgiving and Spring Break for US universities, I’ll be taking a class that has a travel component, for example they have a literature class that goes to Prague and focuses on absurdist and alienation literature,” Bacon said.

Bacon is ready for a change and welcomes the aspect of surprise. “The way I see it, I have this incredible opportunity, why pass it up! I don’t really have a plan for the future. I’m just taking it one semester at at time. I’ll be back in the US for Christmas but beyond that I have no idea. Who knows, maybe I’ll be sending postcards from France or Australia or Thailand! My family is potentially considering moving to Switzerland or Europe but nothing is set in stone,” Bacon said.

English will be the primary language at her school, though the same cannot be said about the neighboring towns. “I hope to double major in International Relations and Comparative Literature & Cultural Studies. I got to sit in on one of their CLCS classes and it was so exciting! My only (and lovely) predicament now is deciding what language to take. The university is in the canton of Ticino in Switzerland which is comparable to a county. Ticino is one of the Italian cantons so while my classes will be taught in English, the town speaks Italian. As I’ll be there for four years, it would probably be helpful to take Italian,” Bacon said.

As Bacon’s college orientation, it’s not as simple as ice breakers and small talk like in the US. “I’m pretty sure orientation is skiing in the mountains or cliff jumping. All I know is this is going to be quite the unconventional college experience and I couldn’t be more excited,” Bacon said.

Although Bacon’s college choice may seem a little out of the ordinary for a BSM student, her childhood sport of a choice was also anything but ordinary: the circus. “I got involved in the circus because my best friend at the time was in the circus. The first class I took was an introductory class where I got to try everything they had to offer so I could see what I liked or didn’t. I fell in love with trapeze and tightrope walking. I stopped being in the circus after we moved and it became too far to drive all the way over there,” Bacon said.