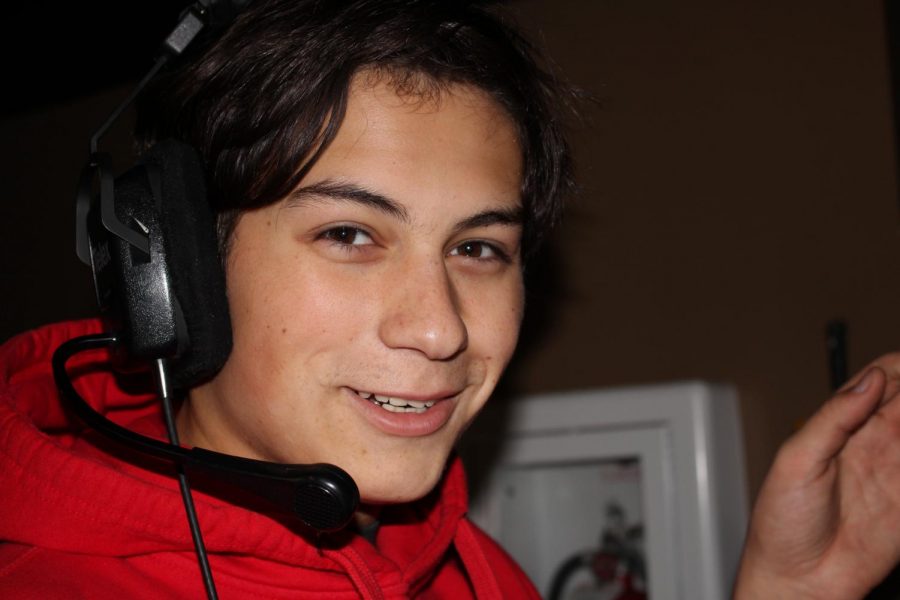 When most people hear Bradford “Brad” Shibley’s name, only one word comes to mind: Wow. A brother to Harrison and a friend to all, Shibley is the Prince of BSM and a man of many merits.

“I don’t think he’s ever done a single mean thing in his life.” - Kayla Grendahl

When most people hear Bradford “Brad” Shibley’s name, only one word comes to mind: Wow. A brother to Harrison and a friend to all, Shibley is the Prince of BSM and a man of many merits. As an upcoming Boilermaker, a tech genius, a Rubik’s Cube prodigy, a certified black belt, 2019’s Grand Knight, a DoorDash employee, a stone cold fox, an uncle, a twin, a son to Kim and Tony, a Providence Academy alum, Kingston Rossdale’s dopelgänger, and an alpine beast, Shibley’s list of accomplishments is as big as his heart. But his proudest achievement came just this summer when he received an internship at a biomedical engineering company in Bray, Ireland.

Shibley spent two weeks on the Irish coast, helping test products and even designing some of his own. “I can’t really say [what I did] because I had to sign an NDA, but it involved using [redacted], and other 3D printing stuff,” Shibley said.

Of course, landing impressive internships on the other side of the world isn’t the only thing Shibley has going for him. This past January, Shibley became even more of an icon when he was crowned 2019’s Grand Knight, beating out some tough competition and leaving many, including himself, happily surprised. “That came out of nowhere…I wasn’t even expecting to get nominated for that,” said Shibley.

Winning Grand Knight came as a shock to Shibley owing to the fact that he had previously asked not to be nominated for the role. After MC’ing the Homecoming coronation back in October, Shibley thought it was only fair to give another student a moment in the spotlight. “I think the reason I got into just the nominations for [Grand Knight] was [that] I asked people in my homeroom not to vote for me…I went through the process of just [MC’ing] and I thought, ‘Why do it again? I don’t need to be voted for’ and then everyone took that as a cue to nominate me,” Shibley said.

Don’t get him wrong: while the initial shock of being nominated for Grand Knight was enough to make Shibley go ‘Whaaaat?’ he eventually decided to let loose and have fun with it. This was his time to shine. “I didn’t really push it. I just sat there, had fun, did my thing and it turned out well. I was surprised…It was nice to be recognized by a lot of people,” Shibley said.

When he’s not busy being BSM’s sweetheart, Shibley can be found running tech for BSM’s theater department. Shibley first joined tech in 8th grade after a fellow student told him about it, causing him to take an interest in the subject. “I remember [the student] kept pushing that he was in tech and he talked about it, and I actually started to get really interested in it…So I sent in an application and before I knew it I was put in charge of the microphones,” Shibley said.

But the road to greatness is long and narrow, and even Shibley had to learn from the best in order be the best. He credits the Class of 2016’s Adam Eldred for teaching him all he knows. “I studied under this sophomore at the time––Adam Eldred…I was his apprentice. He started me off just showing me what the soundboard was, the microphone board, how to run microphones, how to change batteries, just the basic stuff,” Shibley said.

While today Shibley is known as a renowned tech whiz, whose keen ability to fix the teacher’s laptop when it won’t connect to the SmartBoard makes him a beloved pupil, at one point in time, Shibley was the gopher of the theater department. “During the first show, I would be the person who ran fresh batteries all the way backstage to actors whose batteries would die. I would replace them and then I would run back and I’d replace another…I was pretty much just ‘the gopher’, we call it, for the whole show,” Shibley said.

Eventually, Shibley earned his stripes. After years of practice and training, he was finally ready to show the world what he can do. “The few shows after that [Eldred] started training me to do half a show. By the time, it was his senior year, I was doing the full spring show by myself…He kind of let me [take over], and then that lead to me doing my first year of tech by myself,” Shibley said.

But independence isn’t always what it’s cracked up to be, and as it turns out, two heads really are better than one. “[The first year alone] was kind of a nightmare. The thing about microphones that I learned is that something will always go wrong…You set everything up, you test them all before the show, and then you just see four mics die randomly. The battery is 100%, they just die or they short out. And that can be really annoying,” Shibley said.

Thankfully, Shibley’s found some ways to minimize these technological errors, saving himself and the theater department loads of embarrassment in the process. “I’ve learned some techniques like lowering the volume of everyone else’s microphones so they can match the volume of the people’s whose microphones are dead,” Shibley said.

This year, Shibley took matters into his own hands when it came to finding someone technologically savvy enough to assist him. “Starting this year, with the fall play Pippin, I hired Matthew Hansberry’s younger brother, Charlie Hansberry, to be my apprentice…I talked to him about it, and he was like ‘Oh, that’s super interesting. I’ll do it.’ So now he’s my apprentice and he’s doing the shows. He’s now the gopher,” Shibley said.

Despite his kind nature, Shibley takes no prisoners when it comes to sculpting Hansberry into the next Brad Shibley. With Hansberry being the future of the tech department, Shibley wants to know his legacy is in good hands. “I’m starting to get [Hansberry] to run half the shows. I did that with him for the winter show. This spring show, I don’t know if he’s gonna be available but if he is I’m making him run the entire thing with barely any direction. First of all, it’s easier for me. Second of all, it’s the experience he needs if he wants to run it next year,” Shibley said.

While Shibley’s tough love approach may seem harsh to some, there’s one person in this world who can rest assured knowing they have Shibley’s best interest at heart: his niece Cece. “I do have a niece…She calls me ‘Uncle Brad,’” Shibley said.