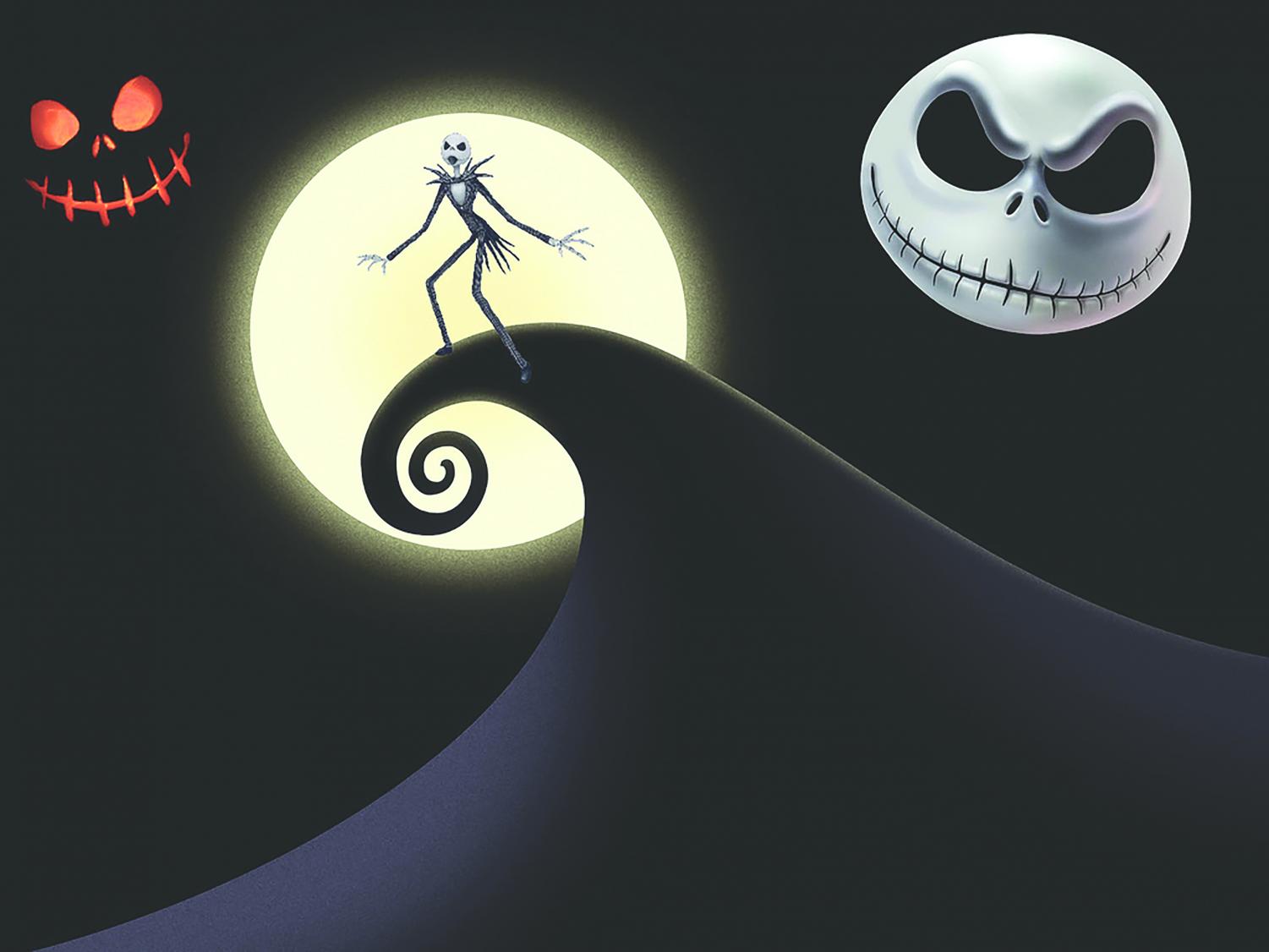 Jack Skellington, the protagonist of A Nightmare Before Christmas, stands on as the debate over whether he stars in a Halloween or Christmas movie rages on. (Helgi Halldórsson, via WIkimedia Commons, Creative Commons)

Jack Skellington, the protagonist of A Nightmare Before Christmas, stands on as the debate over whether he stars in a Halloween or Christmas movie rages on.

The debate rages on

For years we’ve wondered, and for years the argument has gone on: Is the Nightmare Before Christmas a Halloween movie, or a Christmas movie?

The Nightmare Before Christmas is a Christmas movie

It’s almost that time of year again; holiday season is among us. The leaves are falling, snow is just around the corner, and everybody is getting into the holiday spirit. Personally, I think that there’s no better way to embrace the joyous season than to rewatch, and relive, some classic holiday movies. This year, my movie marathon was cut short after watching “The Nightmare Before Christmas.” It had been a few years since I had seen the movie and, with my newfound intuition, I had started to question the main theme of this movie. I’ve seen it on TV during both Halloween time and during Christmas time, so which one was it: a spooktacular special, or a Christmas classic?

I’m not going to pretend that there aren’t elements of Halloween in this movie, or that it cannot easily be perceived as a Halloween movie; I’m simply making the point that the dominating side in this holiday battle is Christmas.

Undoubtedly, at first glance, the opening scene of this movie screams Halloween: the dark and mysterious town, the frightening townspeople, etc. The obvious horror appeal is there. However, one thing is wrong. One of the first spoken lines comes from the mayor: “Great Halloween everybody!”, and Jack Skellington replies with: “I believe it was our most horrible yet!” I can’t remember the last time I saw Halloween movie where the actual holiday was over within the first five minutes.

I can’t remember the last time I saw Halloween movie where the actual holiday was over within the first five minutes.”

The initial problem in the movie, “The Nightmare Before Christmas,” surrounds Jack Skellington, the king of Halloween Town, who no longer finds purpose in the same repetitive celebration of Halloween every year. The early discontent he feels about these uniform traditions suggests that the idea of Halloween serves as an intangible antagonist to the plight of Jack Skellington. He can’t escape the culture of Halloween because the entire town is still oriented in only Halloween.

A largely Halloween related theme they introduce early on in the movie is the undying loneliness of Sally and Jack Skellington, which foreshadows their inevitable union, and introduces what could be considered the most significant theme of the movie: love. What reminds you more of love: gift-giving and warm eggnog, or scary costumes and death?

Now, we take a look at the plot. After expressing his trifles through song, Jack Skellington ventures into Christmas Town, and for the first time in a while, he feels joy. He can’t comprehend the idea that these people are happy, and he wants to share this feeling. Jack decides that he won’t rest until he can figure out the spirit of Christmas, a theme that I think the majority of holiday movie fans are all too familiar with. Although this theme doesn’t stay consistent throughout the movie, it transitions to other similar themes.

I won’t avoid it, Jack has Santa Claus kidnapped. He terrorizes the children with terrible gifts, and almost ruins Christmas. But, it’s the thought that counts. I think the point that writer Tim B is trying to make here is that although Jack isn’t very good at being Santa, it’s the idea that he wants to bring joy to people that puts the movie into the Christmas category. Jack Skellington even assumes that the people are celebrating with him when they began to shoot missiles at his sleigh. Oh, not to mention the sleigh is led by none other than Jack’s ghost-dog Zero, whose shiny nose lights the way for Jack and the reindeer when the fog gets too thick. Ring any jingle bells?

I always say that it’s not the destination that matters, it’s the journey. During Jack’s journey through Christmas, he thought he had found his way, made some blunders, and experienced a disaster. In the end, though, Jack ended up saving Santa Claus, thereby saving Christmas (despite Jack Skellington being the reason it needed saving in the first place).

The final nail in the coffin is the end scene. Sally returns to the weird pointy hill where she first heard Jack sing about his troubles while she hid, armless behind a gravestone below. He follows her, reveals himself, and in true Christmas fashion, they finally come together. The camera zooms out to reveal a snow white christmas paradise. Yes, the movie ends with Jack relinquishing the ways of Christmas, but it was Christmas that ultimately showed him his destiny: to be with Sally. Love is in the air, and so is Christmas.

The Nightmare Before Christmas is a Halloween story

In order to muster my inner October Spirit, I often watch classic Halloween movies in preparation for the upcoming holiday. This past weekend I was scrolling through the TV guide and settled on watching the 31 Nights of Halloween Marathon on freeform, just in time to catch “The Nightmare before Christmas,” an iconic holiday movie… but what holiday is it for?

I know, I know, with Christmas in the title it’s hard to believe this animated movie is considered a Halloween film. In fact the debate over whether this movie should be considered Halloweeny or Christmasy has been ongoing since its beginning in 1993. I’m personally on team Halloween.

For starters, the majority of the movie takes place in Halloween Town, with the main character being Jack Skellington, aka the Pumpkin King, who travels to Christmas town for only two brief trips. If I were directing a Christmas movie, I think my main character would be Rudolph or Santa or even The Nutcracker, not a pumpkin, something clearly associated with Halloween.

Halloween Town is dark, gloomy, and frankly a little spooky for someone (like myself) who isn’t a die-hard scary movie fan. The music in the movie is primarily slow, somber, and puts you in the blues. If “The Nightmare Before Christmas” was a true Christmas movie, the music would have bells, chimes, and an upbeat rhythm.

Now let’s take a look at the plot. Jack Skellington grows tired of only celebrating Halloween year after year, and stumbles upon Christmas Town. When Jack tries to explain Christmas at the Halloweentown Town Hall meeting, all the creatures want to hear about spooky or yucky aspects of Christmas and are disappointed by the cheer and brightness of the Holiday. Jack has big ambitions to transform Halloween Town into a Christmas Town. He assigns all the creepy creatures in his town jobs like making presents, creating reindeer, and crafting a sleigh for him to ride.

I know, I know, with Christmas in the title it’s hard to believe this animated movie is considered a Halloween film. In fact the debate over whether this movie should be considered Halloweeny or Christmasy has been ongoing since its beginning in 1993. I’m personally on team Halloween”

The creatures of Halloween town ultimately ruin Christmas. During the movie they are diminishing Christmas with creepy gifts, bony reindeer, and kidnapping Santa Claus and taunting him with Oogie Boogie, the Boogie Man. For example, one little boy gets a dark skull with bugs and hairs crawling this way and that because all of Santa’s real gifts were replaced by gifts created in Halloween Town. People report calls to the police of getting “attacked by Christmas presents.”

The movie’s action packed ending entails Christmas Town officials trying to shoot down the imposter Santa Claus who is “mangling the joyous holiday.” Meanwhile, the Boogie Man back in Halloween town nearly kills Santa. Violence in a Halloween movie, sure, but violence in a Christmas movie? I think not.

Sally, Jack’s quiet admirer, is the only one who understands that the combination of Halloween and Christmas would be disastrous. As Sally held a dead flower, it turned into a Christmas tree and seconds later it catches on fire and destroys the cheerful tree.

After ruining Christmas, Jack returns to Halloween Town and faces the truth that he inevitably ruined Christmas. Jack learns his lesson that he belongs in Halloween Town for a reason, and there’s no point in trying to change that. Jack says he can’t wait for the next Halloween, something a character in a Halloween movie would say.

If you’re still unsure about whether The Nightmare before Christmas is a Halloween or Christmas movie, let me leave you with one last thing. When asked this exact question, the director, Henry Selick, responded “Oh boy. It’s a Halloween movie.”