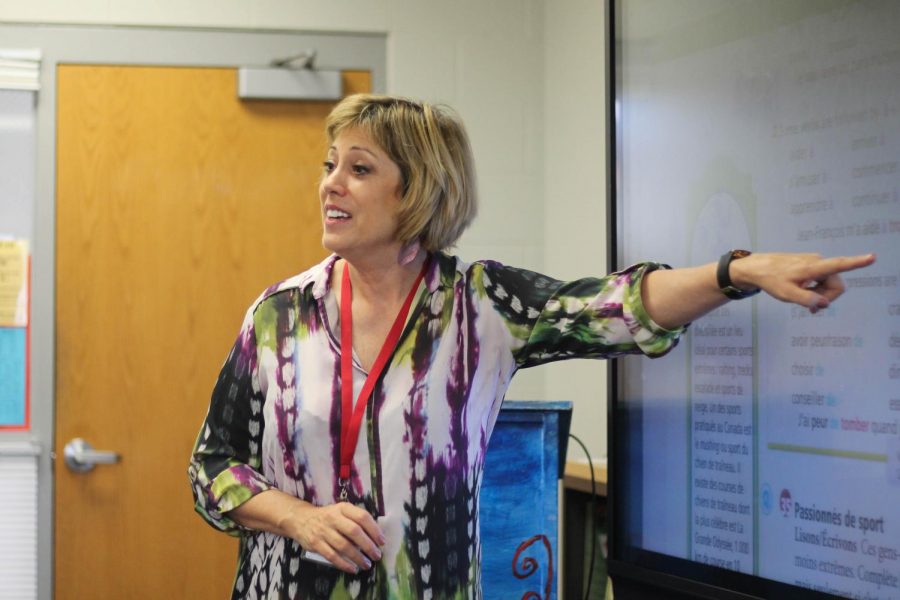 Over the summer, BSM’s administration worked each day searching for a new addition to the language department. With high expectations for the new staff member, the search persisted until they came across the resume of Ms. Holly Hernandez, days before the start of the new school year.

Hernandez was interviewed previously by BSM’s language department to possibly become a part time Chinese teacher. When she was presented with the opportunity to be a part time French teacher, the position fit into her schedule perfectly, and Hernandez accepted the opportunity the Friday before school started. A teaching career was not always in her life plan, however. “Madame Hernandez is a teacher who works hard to have students thrive and speak the french language successfully,” said senior Lucy White.

Born and raised in Los Angeles, California, Hernandez was placed into one of the first immersion programs offered at UCLA where she learned to speak French fluently at the age of 6. After mastering her second language, she went to France and lived for a year in le Val de Loire, France when she was 12. Hernandez then embarked on another language journey and studied Spanish while in France. “She’s very open to different cultures and is very enthusiastic and accepting of people from different countries,” French teacher Madame Toft said.

After returning from France, Hernandez continued her education at Hollywood High School in Los Angeles, California. Since her mother was a teacher, Hernandez was sure that she did not want to be a teacher when she grew up and instead went to the University of California, Los Angeles majoring in Chinese. With hopes of going into business using languages, becoming a polyglot (one who speaks several languages) was written in the stars for Hernandez.

After college Hernandez traveled to Taiwan where she lived for a year and a half, perfecting her Chinese. She fell in love with the Asian culture and after returning to the US, decided to adopt a little girl from China. She then married her husband and decided to go back to school to receive a masters in education. “I used my Chinese while working at UCLA’s Confucius Institute developing programs and training teachers to teach Chinese in Los Angeles’ public schools,” Hernandez said.

After receiving word of a job offered for her husband in Minnesota, their family made the trek from sunny California to the icy tundra that is Minneapolis. Though teaching was not her original plan, Hernandez accepted substitute teacher positions at Breck School and The Blake School after arriving in the Twin Cities.

I spent three years teaching Spanish full-time in California before coming here, and have taught and continue to teach online classes in French and English to high school classrooms in China at night”

Her acception of a part time job as a French teacher, however, has not inhibited her ability to continue pursuing her passion for other languages. “I spent three years teaching Spanish full-time in California before coming here, and have taught and continue to teach online classes in French and English to high school classrooms in China at night,” Hernandez said.

The winter of 2018 marks the three year anniversary of moving to Minnesota for Hernandez, and she couldn’t be happier about her new French teacher position at BSM. “Madame Hernandez is a great teacher. She is very knowledgeable and more than willing to help students when they need it,” sophomore Adam Foe said.