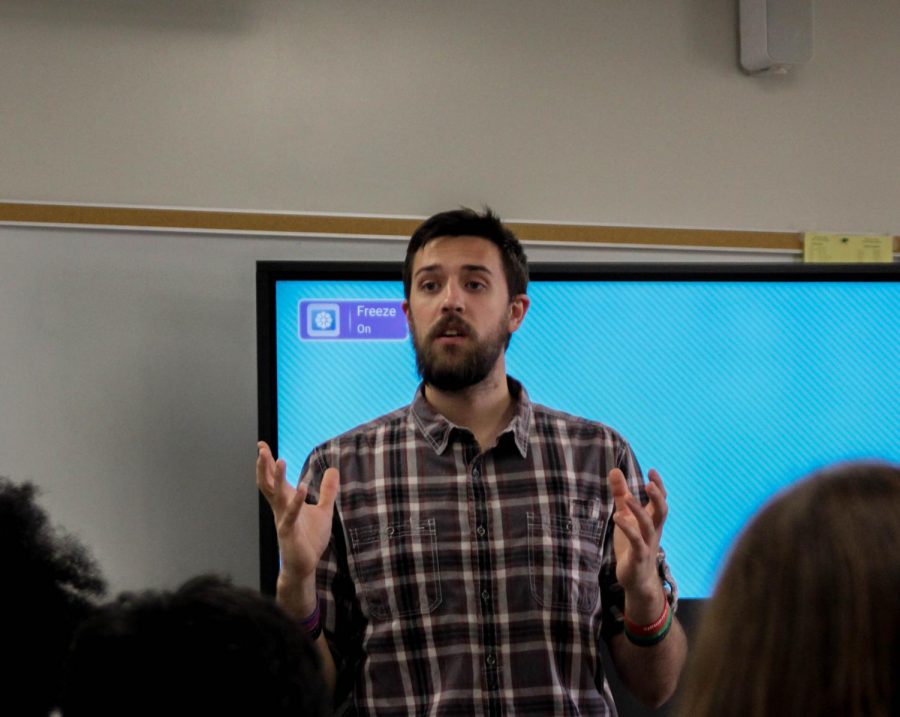 Mr. Sam Vetch is BSM’s newest theology teacher. Hired in May of this year, Vetch will be teaching Intro to Scripture and Jesus Christ: Mission in the Church.

Vetch has a strong background in LaSallian Catholic theology, just as BSM does. BSM’s roots in LaSallian ideals stem from the Christian Brothers that founded Benilde High School, who were followers of St. John Baptist de la Salle and his educational reforms. LaSallian Catholic principles focus on respect for all persons and inclusivity of the community, beliefs that permeate Vetch’s teaching style. “I think the most important value to instill in young people is respect. In terms of respect, that includes respect for others […] and especially respect for yourself. If there’s one thing when you walk into my room, I hope that you will be respectful to yourself and to others,” Vetch said.

If there’s one thing when you walk into my room, I hope that you will be respectful to yourself and to others”

When it comes to teaching, Vetch has most of his experience in theology classes and ministry, although he has taught other subjects, such as economics. “I taught a couple courses in sophomore religion over at Cretin-Derham Hall––Hebrew scripture, Christology, and church history,” Vetch said.

Vetch’s history in education is largely in Catholic schools. He said that the diversity of religious beliefs at BSM was a challenge that he was surprised by–but not one that he dislikes. This diversity in beliefs has prompted Vetch to try to alter his curriculum in order to accommodate non-Catholic students. “I […] try to open up discussion so that students can voice and can question in a way that is constructive, because I have a general respect for students who don’t believe what I believe,” Vetch said.

In teaching freshmen’s Intro to Scripture, Vetch has noticed that some aspects of the class can be challenging for students with little to no religious background.  While he does think that the Intro to Scripture class is manageable, he believes that an intro to Catholicism class wouldn’t be a bad thing. “It would be good, I think, to have an introductory class to what faith is,” Vetch said.

When it comes to Vetch’s personal life, he has a comprehensive list of interests. His hobbies span from watching basketball to travelling the U.S., but they don’t stop there. “I would like to be involved in some sort of praise and worship organization. That’s something I was part of in college. I miss that community and I miss the opportunity to sing and to sing in a way that praises God,” Vetch said.