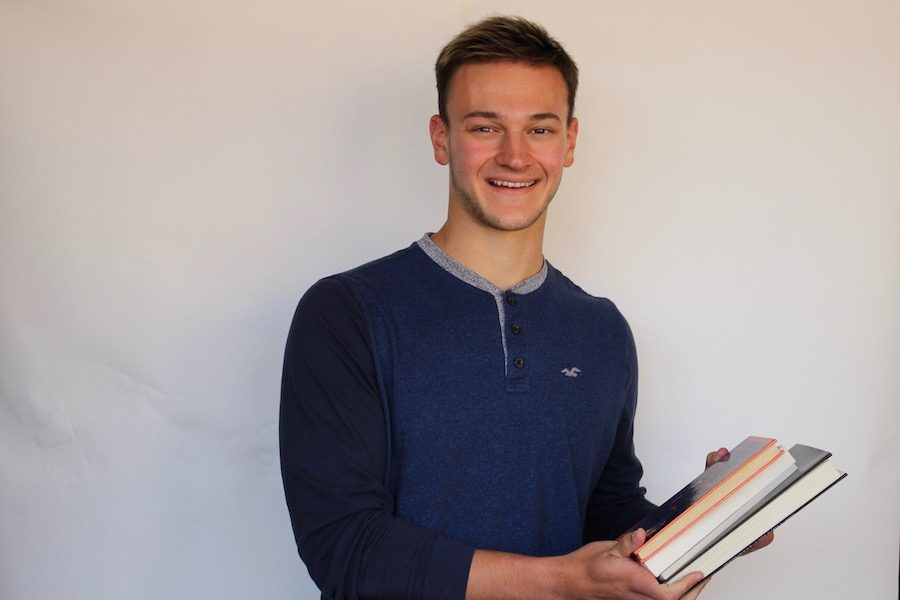 Senior Michael Hunter is one of this year’s salutatorians. Michael set a goal for himself as an ambitious freshman, and through hard work and dedication was able to achieve his
goal.

Throughout high school, Michael has been many involved in many activities including student council——where he was Vice President of the Class of 2018 for all four years, a captain for varsity tennis and swimming, NHS, Math League, Link Crew and RKVC, and the Sports Editor and Online Managing Editor for the Knight Errant. “[Swimming] taught me to not be afraid of change and trying new things. I also ended up being pretty successful and went to State all three years, which was a bonus,” Michael said.

Michael’s motivation in the classroom began with the motivation of doing better than his older brother, who was a valedictorian. After getting a 4.0 GPA freshman year, Michael also made it his goal to be a salutatorian or valedictorian. “A lot of classes I had to grind through and do well on the final to secure the A. It’s not something I just wake up and get, I have to work for it,” Michael said.

The hardest class for Michael turned out to be the class he lost his 4.0 in. He unfortunately finished his Junior year Honors Chemistry class with an A-. “I knew when I got a C- on the first test that it was going to be tough to get an A. It is what it is. I was bummed, but at the same time all I could do was move on and work harder. I don’t blame it on the teacher or anything, there were certain things I could have done differently but in the end it turned out alright,” Michael said.

Next year, Michael will be attending the University of Kentucky where he is in the Lewis Honors College at the Gatton School of Business. On top of that, he is enrolled in a program at the University of Kentucky called The Social Enterprise Scholars Pathway, which is a unique business program that focuses on creating business models for companies that help give back to society.

He still plans on pushing for a 4.0 in college. “I realize it will be a lot harder than it was in high school, but I don’t know why I wouldn’t shoot for the stars. I think it sets a good goal to keep me working hard and aim for,” Michael said.