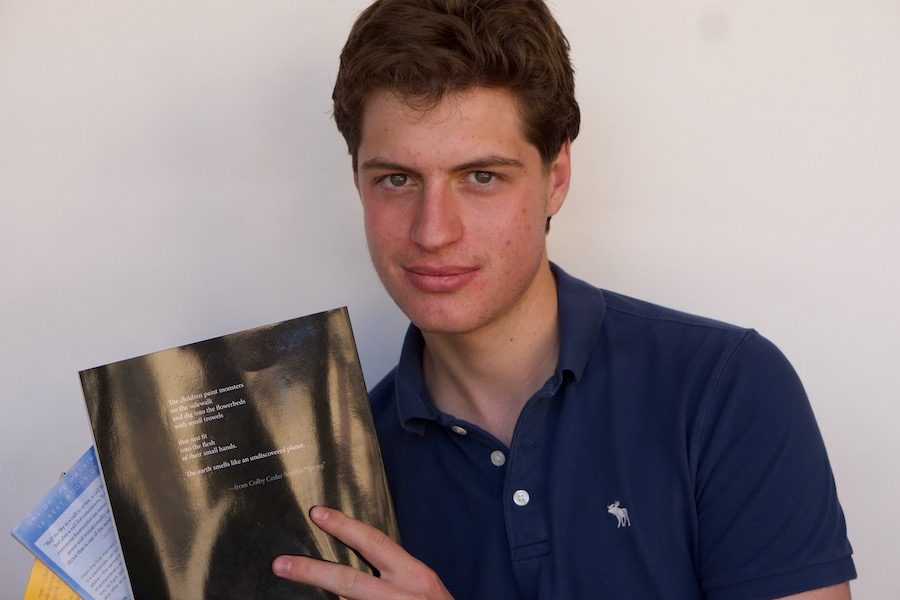 Salutatorian Ian Black has maintained a near perfect GPA for four years, all while sustaining a powerful presence
in the BSM community. While at BSM, Ian developed a strong interest in politics.

In 2036, Ian Black plans to run for president, but for now, he’s an ambitious high schooler with political aspirations. Ian is currently a member of the Golden Valley Planning Commission, a city commission that manages building projects. “We review zoning codes, plan developments, and we created a comprehensive plan of what we want our city to be in 20 years, so that was pretty cool. We had a proposal to expand Meadowbrook Middle School. That makes a big difference. We added eight classrooms; that’s a lot of kids lives that get changed,” Ian said.

Making a difference is really what Ian wants to do. Although nothing is set in stone, he hopes to run for office
one day, specifically as a state legislator. “A lot of things get done at the state level, and feel like it’s a good way to make change in society,” Ian said.

At BSM, Ian became an avid skier. “I was a captain and really involved in the sport, I did it for five years and it really made a difference for me,” Ian said.

Next year, Ian will double major in accounting and political science at Boston College. Ian doesn’t plan to pursue a 4.0 GPA. “It’s hard. It adds stress. I don’t want to take a hard class because I won’t get an A. I want a good GPA, but not a 4.0 for the sake of it,” Ian said.