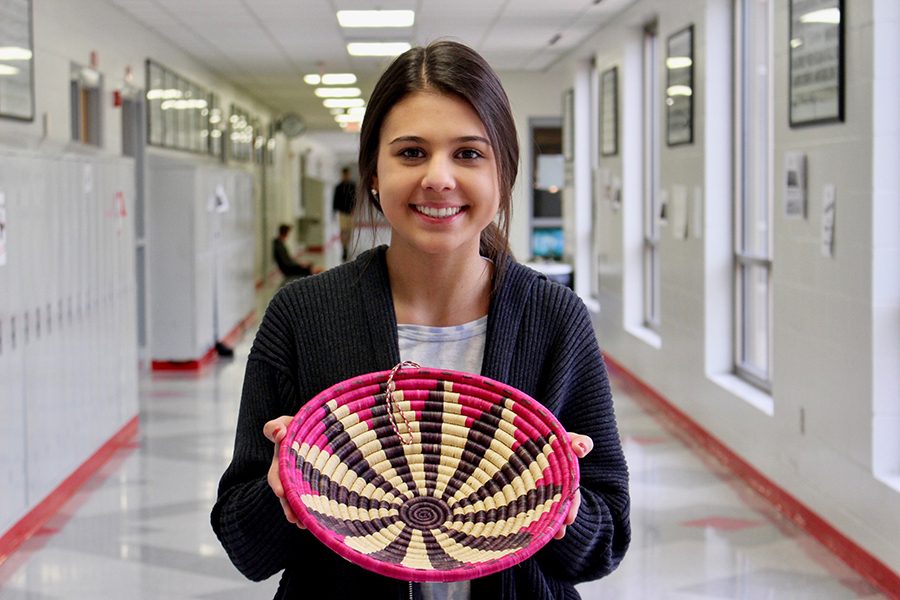 Jessica Hill came to BSM as a senior, but she made an immediate impact on the community with her kindness and service work.

Jessica Hill moved to Minneapolis from Georgia last summer, and BSM was lucky enough to have her join the Red Knight community for her senior year of high school. Jessica not only had to adjust to the crazy Minnesota weather, but also had to start over at a new school as a senior. Even so, she opened herself up immediately to everyone at BSM, something that is extremely admirable. “Senior year is usually spent with people you already know, so it was definitely a big adjustment having to leave my friends in Georgia, but everyone here was so welcoming that it made it a pretty easy transition,” Jessica said.

Although Jessica may only have spent one year here at BSM, she definitely was able to leave her mark. Jessica brought her artistic talents, and often her baking abilities, to yearbook everyday. Her kind-hearted and caring personality was especially present through all of her humanitarian work. Jessica has a desire to help others and make a change in the world. “I’ve seen the people who have helped and impacted my life, so it makes me want to help others in areas that I’m passionate about,” Jessica said.

I’ve seen the people who have helped and impacted my life, so it makes me want to help others in areas that I’m passionate about.”

Jessica feels strongly about ending human trafficking and bringing awareness to the issue. Jessica joined forces with the End It movement and brought this movement to the BSM community. Jessica had a table set up at lunch one day where students could go learn about this movement and then sign their names on a poster and put a red X on their hand to show their support for ending human trafficking. “I went to something called the Passion Conference, where I learned about the End It movement and how bringing awareness to human trafficking can be as simple as an “X” on someone’s hand. I thought that anyone could do that,” Jessica said.

Not only did Jessica bring the End It movement to BSM, but she also introduced the whole school to another movement and charity that she is extremely passionate about. Jessica’s friend Kyleigh started an organization called The Living Water Movement, and through Jessica’s advocacy project for her Faith in Action class, she was able to create a common basket for this movement and educate the whole school on its importance. The Living Water Movement is an organization that helps provide water to the town of Cape Town in South Africa due to the major drought that they are facing. “I first got involved in this organization because my friend started it and I wanted to support her, but as I learned more and more about what she was doing and why it was important, I started to become extremely passionate about it and wanted to share that with others so they could hopefully see the importance of it as well,” Jessica said.

Jessica is an inspiration to everyone around her and has become an important member of the class of 2018. “Jessica’s kindness, intelligence, and overall spark made her a perfect fit for the Red Knight community. Anything she touches turns to gold because she puts a great deal of effort into life as a whole and anyone around her can pick up on that,” Ms. Michelle LeBlanc said.