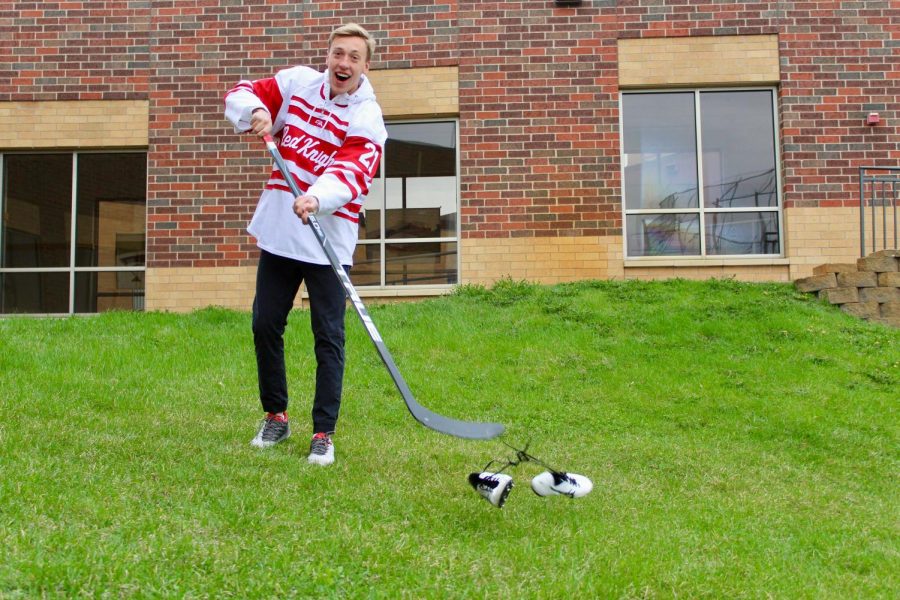 James has participated in a variety of activities and sports at BSM.

A three sport athlete, an Eagle Scout, a student council representative, and a student with a funny twitter; these are just some of the reasons senior James Norkosky is one of the Fabulous 14.

James came to BSM as a seventh grader and was always a stand-out soccer player. By sophomore year, he was playing on the varsity team. “One of my favorite memories from here at BSM was getting called up to play varsity soccer duringmy sophomore year. It really felt like my first true impact while playing a high school sport, and being around so many leaders and great players was great,” James
said.

Having older players serve as role models helped Norkosky emulate them, especially during his senior year when he was a captain. “It’s definitely tough being a captain sometimes, as everyone asks you the questions and you have to guide the younger kids, but it was super enjoyable and I enjoyed the leadership role,” James said.

James has also shown leadership as an Eagle Scout, the highest possible Boy Scout rank. “It was a long process that took a lot of years. I wouldn’t say it was particularly hard, just time consuming. It was a good culmination of all of the hard work over the years to get recognized for leadership and skill. I enjoyed the activities like camping, going outside, doing outdoor activities and being with the boys. I got to meet a lot of new people,” James said.

James will look to continue this leadership next year, as he will be attending the Air Force Academy, one of his lifelong goals. “I always wanted to do something in the military, and flying jets has been a goal of mine. I really wanted to go to college at one of the service academies and I decided that the Air Force was the one that fit the best for me. What I wanted to do, which was something science based with real world opportunities, was available at Air Force,” James said.

I feel like BSM is a great place that you can do whatever you want and nd who you are, while also being under the umbrella of being a Red Knight and having that community around you, which is amazing.”

In between all of his hard work and leadership, James enjoys hanging out with friends and trying to come up with the funniest tweets possible—and he has shown some flashes of his brilliance on thesite already. “During the soccer season I would do some hype tweets for the boys’ and girls’ soccer teams to try and get fans to go. Some of them were really funny and got a lot of retweets. My motto is ‘Tweet, delete, repeat’. In other words, I post a Tweet, and if it isn’t doing too hot we try again. It’s a process,” James said.

As he moves on to his next journey, he knows that BSM has helped in numerous ways, and he will always be grateful for the memories made here. “I feel like BSM is a great place that you can do whatever you want and nd who you are, while also being under the umbrella of being a Red Knight and having that community around you, which is amazing,” James said.