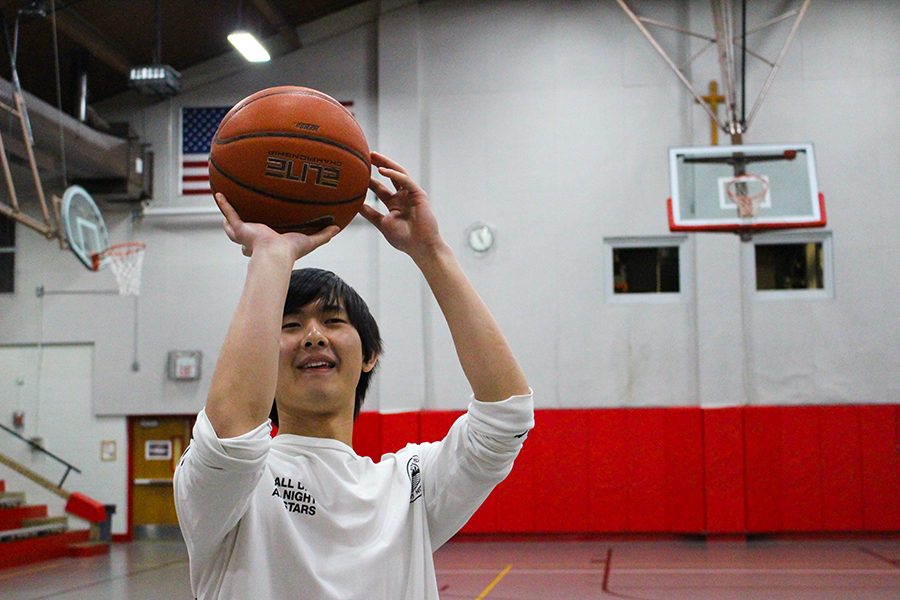 After moving to Minnesota, Andy joined the BSM community where he immediately became a constant and positive member of the school.

Raised in Shanghai, Delong “Andy” Ye has been a proud Red Knight for the past two years. After studying English in China for the majority of his childhood, Andy decided to come abroad for the last two years of high school and started his BSM education in the fall of 2016. In his time at BSM, Andy has been very involved, participating in track, cross country, and the chess club. He especially enjoyed his time competing for the cross country team for the valuable lessons he learned about perseverance. “Cross country just really helps build up my endurance. Both mental endurance and physical endurance,” Andy said.

Unlike many BSM exchange students who spend all four years of high school in Minnesota, Andy only spent his junior and senior years away from home. Andy lives with a host family that has two kids who are BSM graduates.
“My host family is very nice and they helped me a lot when I was transitioning to life here,” Andy said.

The transition itself was a notable challenge for Andy. The hardest part of the transition for him was going to a place where he didn’t know anyone and having to make friends while speaking his second language. “It was hard when I was here for the first time. I didn’t know anybody and nobody wanted to talk to me so I just looked for an opportunity to start conversations. I eventually made friends through cross country and track, so playing a sport helped me a lot,” Andy said.

The cultural transition was also challenging for Andy, but it didn’t take as long to adapt as it took to make new friends. From the language and school schedule to the food and typical clothing, nearly everything was different from what he was used to in China when he first arrived in Minnesota. “I had to learn the culture to try to blend in, and that’s really hard to do,” Andy said.

It was hard when I was here for the first time. I didn’t know anybody… so I just looked for an opportunity to start conversations.”

Andy is not Catholic, but two years ago, he decided that BSM would still be the best place to further his education.
Coming from China, Andy knew that Catholic schools offer high level educations and that BSM would be a very welcoming place. “I think people are just really nice here. People are nice in Catholic schools. There’s no racism or anything like that,” Andy said.

Andy wants to continue living in the United States throughout his adult life but wants to stay connected with his family and friends in China. He plans to carry the lessons that he has learned at BSM with him in the next phase of his life.