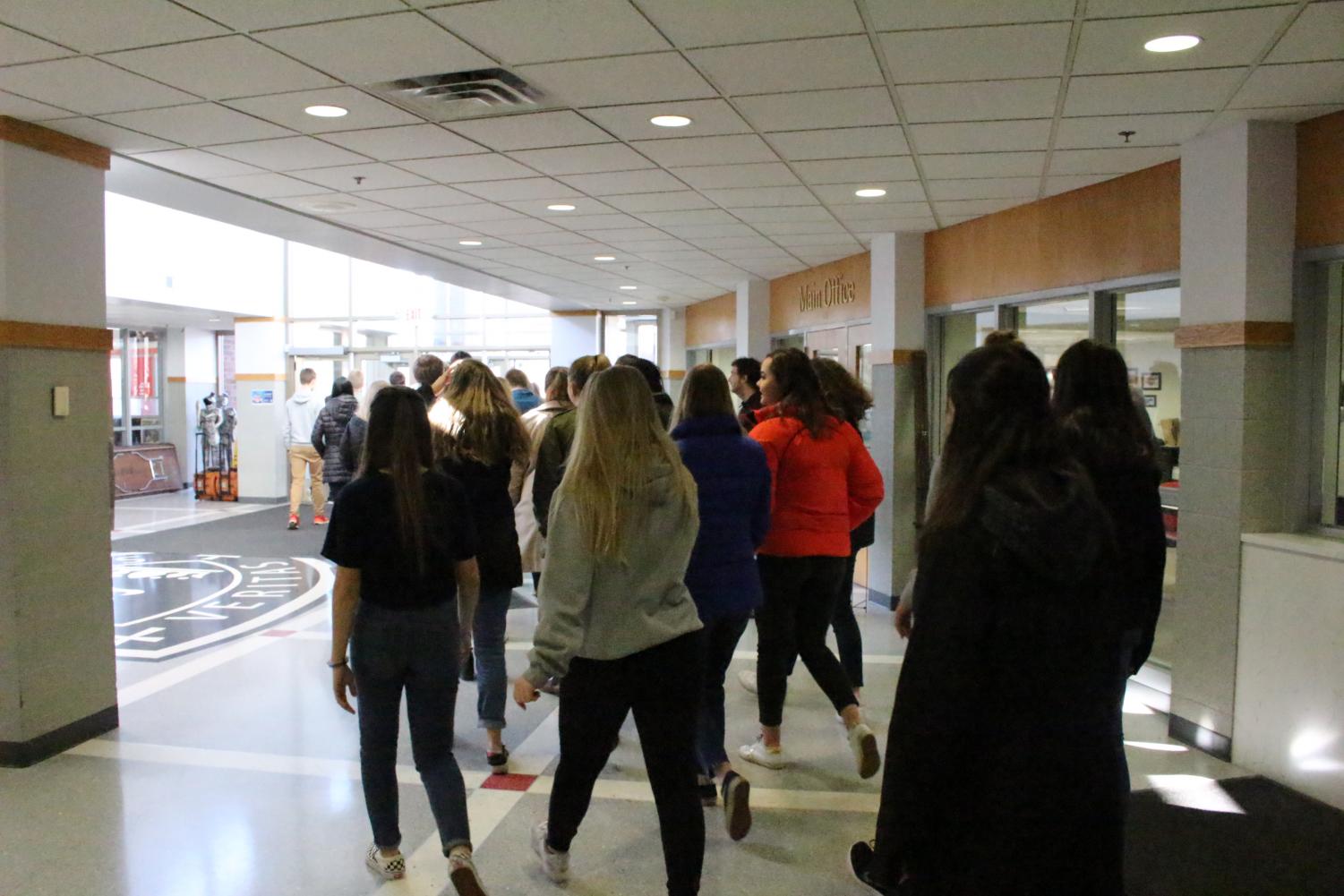 Why I walked out

On March 14, 2018, thousands of students across the United States walked out to stand in solidarity with the victims of preventable gun violence—a disease that has plagued America for generations. I chose to be one of those students—not because I felt that leaving class for one day would solve the issue, but because, to me, doing something is better than doing nothing.

The walk-out that occurred days ago was often misconstrued as an anti-gun protest—that those involved had an agenda of hostility towards gun owners and their lobbyists. However, that was not the true intent of the movement. The real purpose of the demonstration, the real reason thousands of us students walked, was to show love and support. Our goal was not to argue, or debate, or deepen the already profound divide, it was to show the victims of these horrors that we hear them, and that we want to do anything we can to prevent their tragedy from striking another student body.

I walked out because I believe that the United States of America has a problem that we don’t want to fix.”

I walked out because I believe that the United States of America has a problem that we don’t want to fix. To me, the solutions are clear and plentiful, but to others, they’re jaded and uncomfortable. To honor the discomfort of those that will be most affected by increased gun control legislation, I too did something uncomfortable. I walked out of my school in front of my entire student body to declare publicly that I’ve had enough of the mass shootings. I chose to put my image out on the line to make it very clear that I demand action.

Now, I didn’t walk out to start an argument. I strongly believe that there are at least two sides to every debate, so I respect any student who made their own decision that day to remain inside. Whether it be because of a moral disagreement, fear of repercussion, or any other reason, every person has the right to a respected opinion. Students who stayed inside used the same democratic principles that I used to walk out. These very same principles are the reason that walk-outs, protests, marches, and other demonstrations are so valid. We live in a country governed by the people for the people, and what better way to show the people in charge what you want, than to do something as conspicuous as a walk-out.

I also didn’t walk out to clear my conscience of any gun-related issues. Many opponents to the walk-out worry that it was used as a climax to a steadily growing movement—that the walk-out itself hurts the cause because it feels like an improperly conducted and finite solution to a problem not close to being solved. But I argue that the walk-out was used less as an end-game, and more as a validator of a hotly contested movement—a rallying point. I was so incredibly inspired by the courage and determination of all those that walked on March 14, and I don’t plan to end my advocacy with that day. I’ve written over 20 letters to my legislators calling them to action, and I plan on continuing until something is done to put an end to a preventable problem.

And that is the primary reason I walked out. I left school and stood out on the concrete with hundreds of other BSM students to show Congress, my state representatives, and all other elected officials, that if they’re not ready to do something to hinder the mass shootings of my fellow American classmates, then I’m prepared to.

Why I didn’t walk out

The National Student Walkout took place March 14th and included thousands of students from around the nation walking out of their schools to raise awareness following the mass shooting in Parkland, Florida. According to BSM administration, 25% of the Senior High and 20% of the Junior High walked out for 34 minutes to stand in solidarity with thousands of other high school students. However, after a lot of personal deliberation, I chose not to walk out.

The walkout that happened was a protest against gun violence, senseless deaths, and a call to action for the political leadership of the older generation. However, walking out of school can all too easily pit students against the administration. We have seen instances of high schoolers being suspended in Texas for walking out, which turns attention not toward the issue of gun violence, but instead toward the school.

This is not our fight. We must stay focused on our goal and not aggravate schools on a national scale. We need the schools on our side supporting us, because the fight is not against the schools, rather, it is a fight to get the leadership in Congress to listen to the concerns of our students for their own safety. For BSM, the school administration was supportive; however, for many school districts, walking out is considered unruly and rash and causes problems that high school leaders advocating for change should not have. I believe that there is a better way.

To the brave high schoolers who networked and planned a national scale walk-out, I commend your maturity and their passion to get involved in matters that are important to you. I believe strongly that gun violence in schools and mass shooting are wrong and that necessary steps must be taken to protect the students of my generation and the future from the horrors that we have already seen. However, the way that I plan on approaching the problem comes from a different angle.

I want students to be leaders in their communities. I want to emphasize not only the importance of education, but the importance of life. I think that awareness and discussion with federal legislators are incredibly important, but I think that we can also take action in the school building to change the culture of hostility in schools. The students who walked out are using their voices to try to influence the older generation to make change. We need to use our voices to influence our own generation to make change.

I believe strongly that gun violence in schools and mass shooting are wrong and that necessary steps must be taken to protect the students of my generation and the future from the horrors that we have already seen. However, the way that I plan on approaching the problem comes from a different angle.”

Led by high school leaders who will not only advocate for change, but be the change, we can take steps to be more inclusive, accepting, and understanding. A common characteristic amongst school shooters is that they were outcasts in school and had little to no friends.  Instead of calling the kid wearing a black hoodie in the corner with headphones edgy, start to talk to him. Instead of labeling students with mental illnesses as school shooters and outcasting them, befriend them and learn about them. We, as a community and society of high schoolers who very soon will take leadership roles in the next generation, can do something about that TODAY. Make a positive change in your community every day by doing what you know is right to people who are hurting, scared, and marginalized.

Walking out puts our faith in the politicians to do what we believe is the right thing. We are putting our trust in the current leaders to make change for the future. I believe that we should make changes today to empower leaders of the future. Taking the time to befriend the kid who is considered weird may prevent another tragedy. It may open up an opportunity for a student to reach out for help. It might just give him a friend. Instead of walking out, stand up for injustices that you see in your school. Be a good influence on everybody and your good works will be reciprocated. We will be the generation that stops senseless deaths and mass shootings and protect our future generations from the pain that we endured. By fixing our divided culture into one of understanding and inclusivity, the leaders that we elect will enact positive change that the leaders of today have not.