Will They Raise Another Trophy? 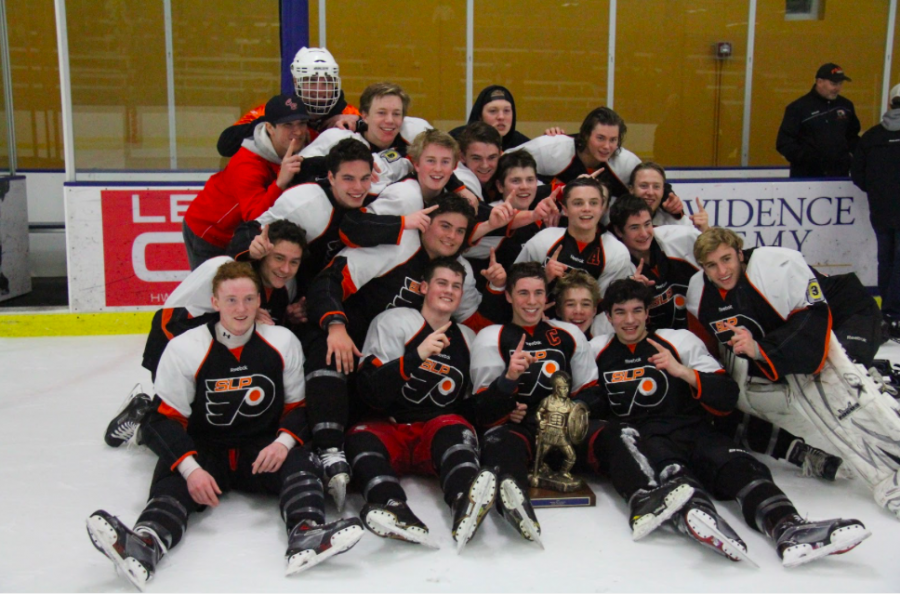 As the hockey season starts to heat up, the Flyers have just finished tryouts and are now seeing the makeup of this year’s team. From the start expectations have been high, as many newcomers to the Flyers program join their ranks. The team is confident in their abilities and expects success, including a deep State run.

Al Brask: I’m optimistic at a good run in the State Tournament.

Cole Knickelbine: State Champs, no doubt. With the new players, there is no reason they shouldn’t be in State, potentially even win.

Rory Murnan: We are trying to win State.

Rory Murnan: I think we have the best talent [this year]. Other teams previously have had just as much talent; however, this year we are the frontrunners.