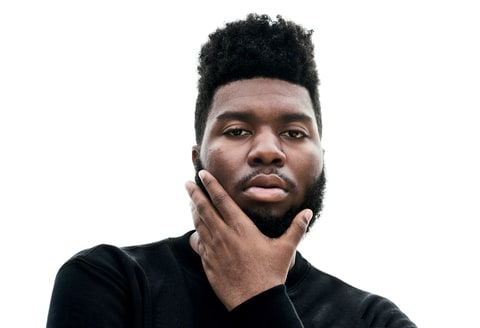 Khalid skyrocketed to fame with his single “Location.”

Khalid is an American singer and songwriter and was born in Fort Stewart, Georgia, and moved frequently around the world throughout his child and teen years because of his mother’s job in the military. She sacrificed many of her artistic dreams to raise Khalid. Khalid began studying singing and musical theatre in high school. Throughout high school Khalid was often bullied and made fun of for his interest in singing and music, but this never stopped him from continuing to follow his passion for singing. During his senior year of high school Khalid released his first album “American Teen” and has gained a tremendous amount of popularity. Khalid won the award for the “Best New Artist” at the 2017 VMA music awards, and his album has recently been certified platinum. He won the VMA’s “Best New Artist” award, along with being BSM’s favorite new artist. Many artists like Logic, Marshmello, Calvin Harris, and Lorde have reached out to him and featured him in their songs. “I really like the way his voice sounds, and it’s really soothing on a chill day. I really like his personality because he loves his fans.” said Sophomore Liv Schmitz.