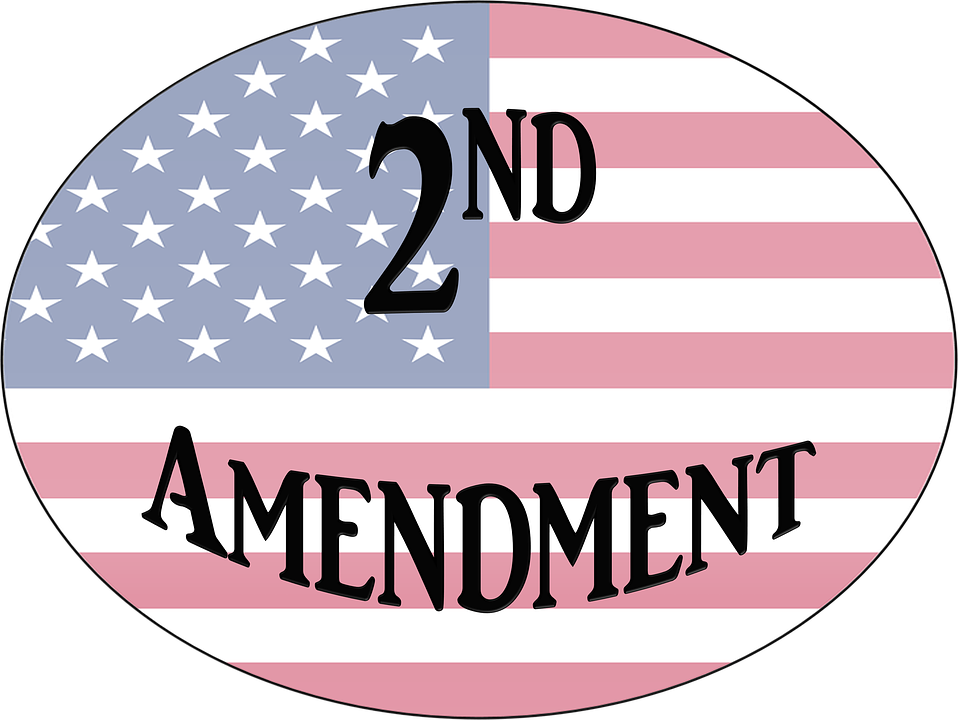 For the second year in a row, a new mass shooting has claimed the title of the worst mass shooting in modern American history. On Sunday, October 1, 2017, 58 people were killed and over 500 were injured in a mass shooting at the Harvest Festival in Las Vegas. The shooter was found dead in his hotel room, surrounded by at least 23 guns. At no point during this editorial will I be referring to any of the culprits of the heinous crimes I mention, as they have received more notoriety than they deserve already. I will, however, mention the victims: Hannah Ahlers, Jack Beaton, Andrea Castilla, and far too many more.

As devastating as this attack is, it is not altogether surprising. America has a problem with gun violence. In the first 275 days of 2017 (until October 2), there were 273 mass shootings.

And this problem is not new. It has been ten years since 32 people were killed in the Virginia Tech shooting, five years since twenty first graders died in the Sandy Hook shooting, and only one year since 49 LGBTQ+ people were shot at Pulse. But mass shootings aren’t the only part of America’s gun problem. The majority (60%) of gun deaths are suicides, and easy access to guns directly affects the suicide rates of states. Seventy-one percent of people act on suicidal thoughts within an hour of having them, and having access to a gun makes acting on those thoughts easier. In fact, It has been proven that states with more guns have more suicides and more gun deaths overall.

There is an effective and simple solution to America’s gun violence epidemic: comprehensive gun control. Of course, there are common sense gun restriction actions which would help abate gun violence. This would include universal background checks and a limit on the number of firearms one citizen can own. A ban on bump stocks, which the Las Vegas shooter used to turn a semi-automatic rifle into the equivalent of a fully automatic firearm, is a simple act that could have prevented many deaths and should have been passed when Senator Feinstein of California first proposed it in 2013.

Let me be clear, I am trying to take away your guns. I am advocating for a repeal of the second amendment. Because, frankly, your right to bear arms is not more important that the tens of thousands of lives that will be lost to guns this year alone.”

However, we need to go further than common sense actions. Banning bump stocks would only prevent high death counts in mass shootings. However, mass shootings, while a major problem in America, are a tiny percentage of gun deaths in America. One-third of gun deaths in America are homicides, and in 2011, 73% of gun homicides were committed by handguns. Banning semi-automatic weapons and bump stocks would not affect the massive number of handgun deaths that occur in America every year. Thorough gun control and restriction measures are necessary if America wants to stop watching its people die.

As to how these measure could be put in place, Australia, the United Kingdom, Germany, and Japan are all great examples. Japan has some of the strictest gun control measures in the world: civilian handgun ownership is banned altogether, and in order to procure a shotgun for hunting or sport, you need to attend classes, pass a written and psychological exam, and you and your family members can be subjected to a police background check. And these measures work. In 2014, when America had 33,000 firearm deaths, Japan had 6. That is 5,500 times more gun deaths in America, and America’s population is roughly 3 times higher than Japan’s.

America has a gun violence epidemic and the cure is in our hands, yet we are doing nothing about it. When I talk about gun control, I am not talking about sometime in the future. I am talking about now. I am talking about getting semi-automatic weapons that only belong in war zones off the streets. I am talking about banning handguns, as the majority of gun violence is facilitated by handguns. Let me be clear, I am trying to take away your guns. I am advocating for a repeal of the second amendment. Because, frankly, your right to bear arms is not more important that the tens of thousands of lives that will be lost to guns this year alone.

Protect the United States by Protecting the Second Amendment

After the recent tragedy in Las Vegas, many seek a solution to our nation’s concerning gun violence. Some are even arguing for a repeal of the second amendment itself. This argument is severely lacking in both nuance and warrant. While America does have a gun problem, a repeal of the second amendment is premature. Not only can more moderate measures be taken that pose fewer negatives to American life, but the argument that such a repeal poses a reliable solution to gun violence in the United States is unsubstantiated.

The first significant detriment of repealing the second amendment would be a large expansion of the federal government’s power. Since the ratification of the Bill of Rights, the right to bear arms has served as a deterrent to tyranny. This system works because it places a check on unjust governmental expansion. The government must face the reality that, should it behave unjustly, its own people have an effective means of retaliation. Excessive gun control has been one of the first steps in the development of many of history’s most cruel totalitarian states, including Nazi Germany. Depriving Americans of the right to bear arms only increases the likelihood of future tragedy occurring in our nation at the hands of an overbearing federal government.

Furthermore, the notion that the American government should control what its people do on a day to day basis goes against the strong values that the nation was founded upon. America has long retained a proud national identity as a group of individuals capable of pursuing what is best for them, not one federal power capable of defining the common good on its own. Many Americans currently benefit from their liberty to use guns both recreationally and for personal security, and would be upset by an obstruction of that right. A complete repeal of the second amendment would only exacerbate the increasing state of discontent, discomfort, and polarization in our country, while also threatening America’s fundamental values.

In addition to the tremendous harms posed by repealing the second amendment, we can’t even be confident that it will yield any benefits. While supporters of such a repeal use evidence to demonstrate that gun violence exists in America (a truth near universally agreed upon), they lack empirical evidence that gun control will end this violence. Historically, gun control has failed to reduce gun violence significantly when implemented. Looking to Chicago, it is clear that even when gun control exists on some level, it doesn’t stop criminals from simply distributing guns illegally. Aggressive gun control has not ridden Chicago of its unfortunate reputation as the most homicidal city in the United States, with 700 recorded murders last year.

Depriving Americans of the right to bear arms only increases the likelihood of future tragedy occurring in our nation at the hands of an overbearing federal government.”

Another misconception is that repealing the second amendment would substantially reduce suicide in the United States. Japan, a nation with some of the toughest gun control laws, has nearly double the suicide rate of America. Clearly, there is not a cause and effect relationship between reducing access to guns and reducing suicide. Without warrant in the form of real-world evidence, advocacy for a repeal of the second amendment is only an emotional reaction to current problems facing America.

Infringing on the long-preserved right to bear arms is not a proper solution to America’s concerning gun problems. While it is fair to discuss moderate measures, like cracking down more heavily on semi-automatic weapons in response to recent gun violence, a repeal of the second amendment would not only fail to achieve its proposed benefits, but also result in the loss of an effective check on governmental tyranny as well as obstruction of valued individual liberties in America. The argument that repealing the second amendment will prevent future incidents like the shooting in Las Vegas from occurring is only reactionary.

America is a beautiful nation sustained by its protection of individual, personal liberty. Until a repeal of the second amendment is favored, both by concrete evidence and a democratic majority, it is quite frankly no American’s business to obstruct the rights of his or her fellow American.