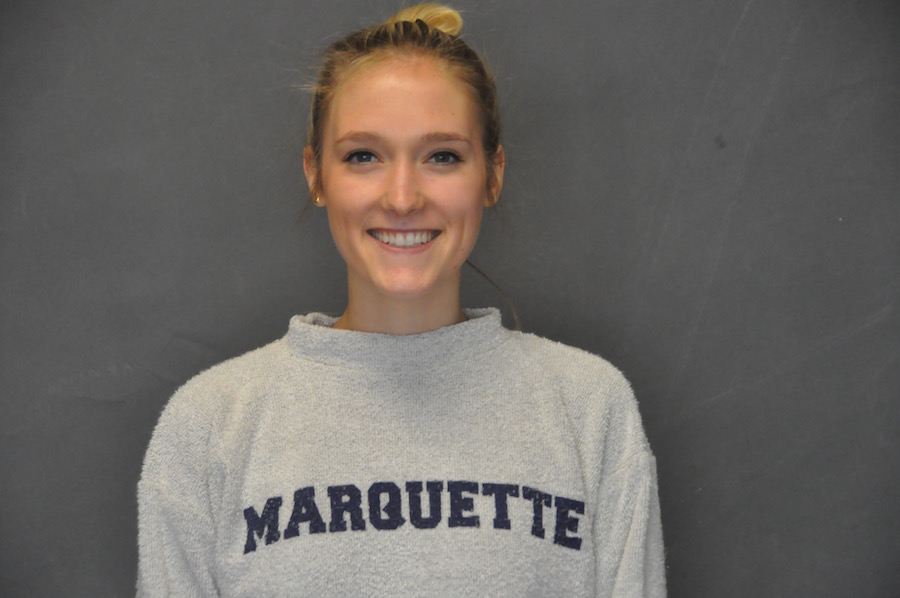 Cora Wyvell is an avid volunteer at Gigi’s Playhouse.

Amidst the pressure of which sports to play and which clubs to join, Cora Wyvell has already found what she’s passionate about and she’s approached it in a way that invokes compassion, inspires others, and defines what it means to be a Red Knight.

As an avid volunteer for Gigi’s Playhouse, an organization which offers free therapeutic and educational training to individuals with Down syndrome, Cora’s life outside of school is largely dedicated to philanthropy. “I’m most passionate about working with kids, especially kids with special needs,” Cora said. While others may see volunteering as a requirement or an obligation, Cora is passionate about serving for a much different reason. “The reason why I volunteer is because I can be having the worst day ever, and then go to Gigi’s, and I leave the happiest person ever,” Cora said.

Service is clearly one of the biggest joys and passions she has, and she has never felt forced or obligated to do something that she’s so passionate about.

Though she could’ve easily found a different philanthropic outlet, what’s special about Gigi’s is the close relationship that she’s formed with the kids. “I value my relationships with the kids I’ve met through volunteering more than anything else. They are some of the most happy people alive. They have the most positive outlook on life, and it’s contagious,” Cora said.

For Cora, some of the most valuable relationships she’s developed in life are from the kids who are full of life and embody such happiness. “I got super close with a little boy named Andrew. He used to call me ‘mommy’ and when he learned my name it was the best day ever. He now calls me ‘Cera’ and sometimes ‘Corea,’” Cora said.

BSM offers a host of classes for students like Cora, and they’re primarily faith-based: Faith in Action and Christian Vocations are two of many examples of ways BSM fosters a sense of service, and Cora has taken advantage of some of these classes. In addition, she’s also devoted herself to embodying what it means to serve within clubs and extracurriculars.

Unsurprisingly, Cora’s four years at BSM have taught her a thing or two about serving others. “I would say that my favorite teacher at BSM is Mrs. Sauer… she goes out of her way to help her students when she really doesn’t need to, and genuinely cares about each and every one of her students,” Cora said.

However, it’s not just BSM that has influenced how Cora approaches the world, others, and big issues such as Down syndrome awareness.

I value my relationships with the kids I’ve met through volunteering more than anything else. They are some of the most happy people alive. They have the most positive outlook on life, and it’s contagious.”

For this tremendous senior, it all began where many life lessons start—at home. “My parents have been super supportive with whatever I want to do with my life and that has helped me discover what I am passionate about,” Cora said.

Specifically, she attributes some of her tremendous qualities to her mom. “I’d say that my mom has shaped [who I am] the most—she’s the one who keeps me going, and she’s a big role model for me.  She does so much for us and doesn’t have a ton of time, but still goes out and volunteers,” Cora said.

Although high school is not how she imagined it to be, her focus on impacting the lives of kids is something she would not trade for the world. “I never thought I would end up playing no sports and instead spend my time volunteering but I am very happy it turned out this way,” Cora said.