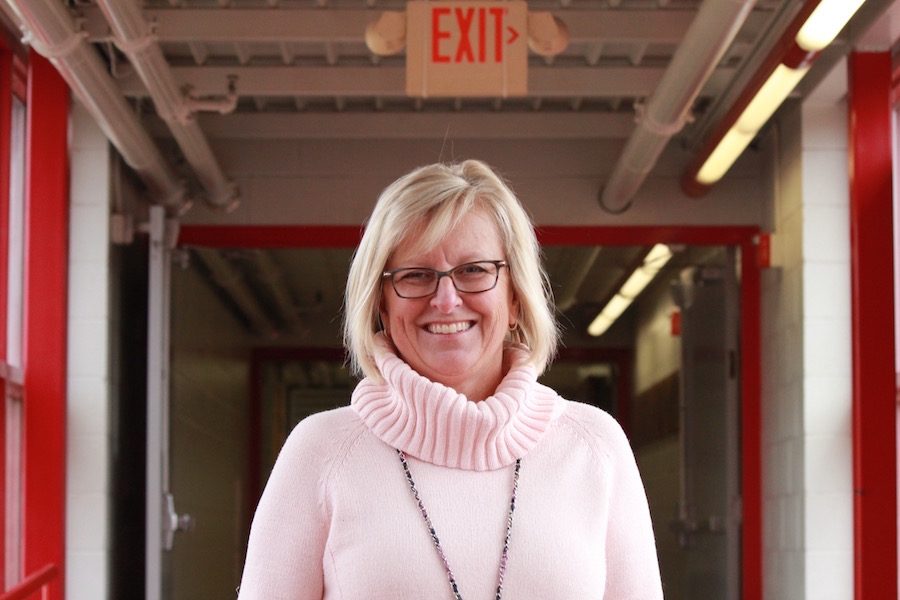 Every member of the BSM community is greeted by Mrs. Jacobsen, who truly embodies what it means to be a Red Knight.

One unsung hero contributes more to this school than students can even fathom—Mrs. Kathy Jacobson.

Jacobson is the smiling face that greets students from the attendance office as they head to class and begin the day, but most mornings Jacobson focuses on student attendance, answering phone calls and writing passes for students. “Attendance is the main thing all day. I also do the Master Calendar for the year, and at least ten requests come through each day,” Jacobson said.

What many don’t know is that Jacobson monitors each student’s attendance and sends all the letters home to parents. The letters notify parents if a student has unexcused tardies or absences and if they’ve exceeded the maximum number of absences. She is also in charge of Red Knight Round-Up, which requires students towards the end of the summer to complete the necessary paperwork for the upcoming school year. However, she’s responsible for much more than making sure students have a smooth transition; she coordinates substitute teachers’ schedules throughout the year and coordinates student sign-up for wellness classes.

Her favorite part of the job is interacting with students: “Sometimes it’s a lot of fun, and sometimes it’s heartbreaking,” Jacobson said. For example, she loves giving the announcements because it provides a different, fun interaction with students. However, Jacobson finds it heartbreaking when students or parents lie to her about absences or tardies. “People turn in old phones or phones without batteries instead of actual phones when they are confiscated,” Jacobson said.

On top of everything, she also orchestrates counseling with students and parents who are going through a tough time. “I’m the gatekeeper, the first person people go to with their issues, and I can send them to whomever they need to talk to,” Jacobson said.

This has been an incredible year for BSM, though, and she chooses to focus on the positive aspects of her job as opposed to the chaotic ones. One of her favorite parts was the girls’ soccer team winning the State Championship.

The faith aspect of BSM is important to her as well—seeing how the school works together as a community and joins together in prayer whenever necessary is one of her favorite parts of the job. Jacobson gives so much time and love to the Red Knight community, and we wouldn’t be the same school without her.