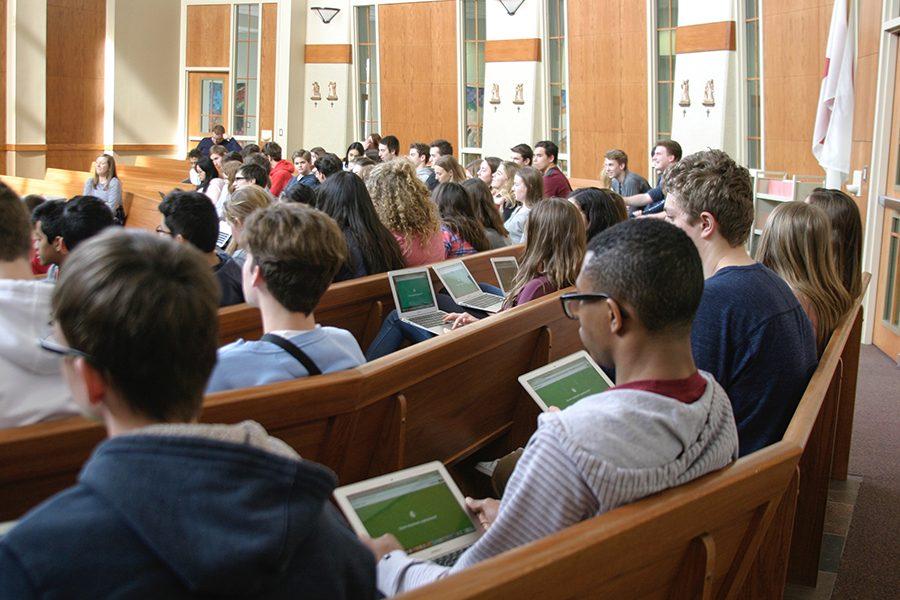 On Monday, students watched international short films and participated in a Kahoot.

To kick-off World Language Week, BSM’s world language department put on a film festival on Monday during all class periods to participate in.

This film festival was a combination of commercials, movies, and short films in Chinese, Spanish, and French, but all with subtitles in English. The idea was to present movies that were made somewhere outside the United States and experience the different cultures.  “Movies are a great way to learn a new language; they are something new and different, allowing students to better retain information,” French teacher Madame Toft said.

After the films, the students participated in a 12 question Kahoot about the films. The top three winners received a prize of candy.