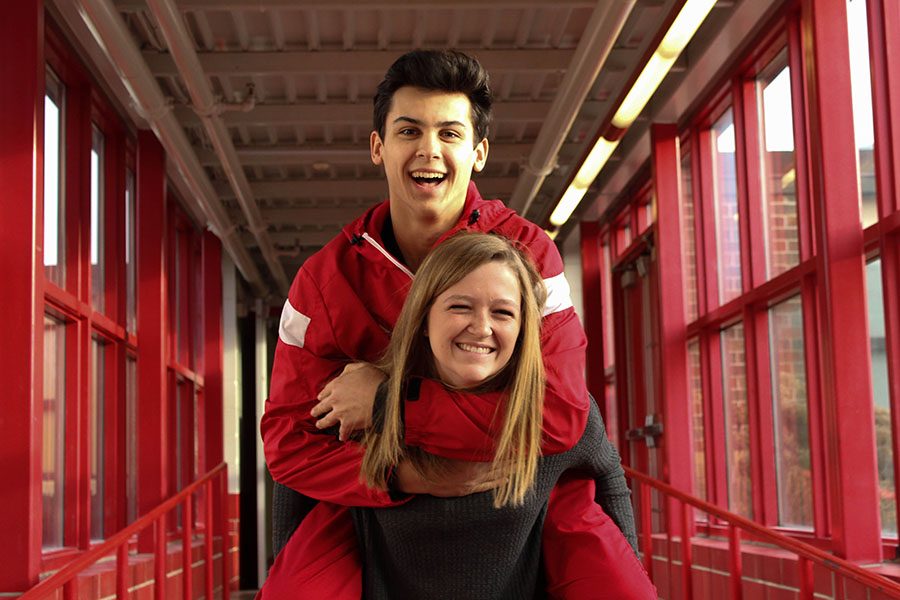 Knight Errant: How long have the two of you been dating?

KE: That’s impressive! How did you meet?

CJ: We started talking a lot the beginning of sophomore year, and we started Snapchatting a lot.

KE: So you would say that Snapchat was your vehicle to love?

KE: What is your favorite thing about your significant other?

CJ: I think she’s funny, and she likes to have fun.

MH: When there’s a joke, he adds on to it. It just keeps going.

CJ: I don’t even know who Blake Lively is. Is it a boy or a girl?

KE: What animal describes your relationship?

KE: What is the main thing you fight over?

KE: What is your restaurant of choice for a date?

MH and CJ: (in unison) Noodles.

KE: What was your worst date?

CJ: One time we went out for sushi right after we got in a fight and we didn’t talk the whole time. I just sat there watching basketball and it was really awkward.

KE: Who paid for it?

KE: What do your parents think of your significant other?

KE: Who settled in this relationship?

CJ: I don’t think either of us really settled. I haven’t thought that I could do any better than her.

KE: Do you think that your significant other is the “one”?