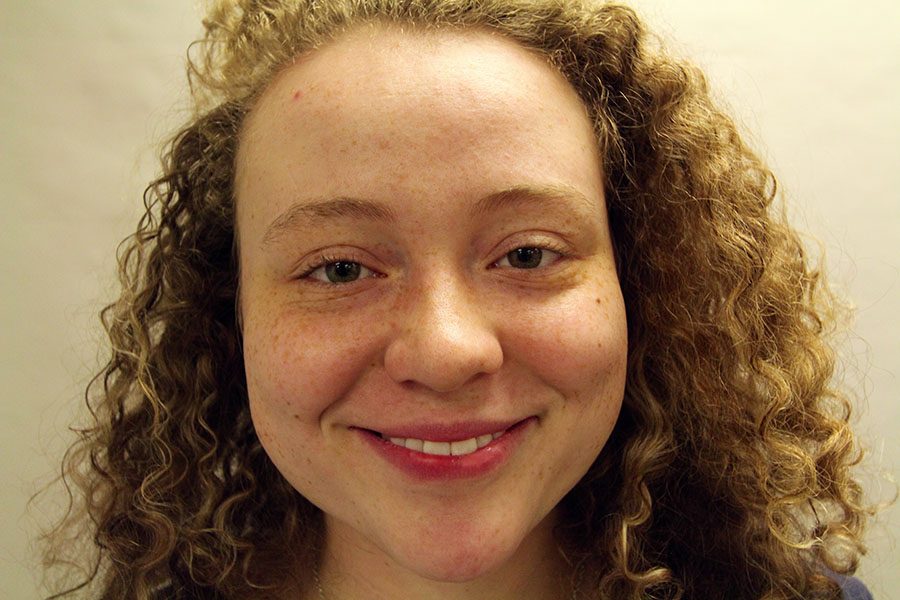 “Her level of intelligence is so high and she’s so humble at the same time. You rarely see that in a teaching career. As a teacher, you hope you have a student like her because she makes you a better teacher.” -Mrs. Mary Murray

Passionate is only the tip of the iceberg when beginning to explore the fascinating individual of senior Sarah Mason. Being involved and inspired by everyone around her, Sarah has been able to take her love of learning, justice, and leadership to impressive heights. “I have lots of passions. My parents have always implanted the idea in my mind that I need to have an education and that I should always pursue my interests,” Sarah said.

Behind a head of fun, spunky blonde hair lies an even more eccentric girl: Sarah is obviously intelligent, but also the most humble individual you will ever meet. You can often find her in class, always the one who knows the answer but never the one to shout it out obnoxiously. She is also full of interesting and little-known facts that stump her peers in debates or academic conversation. “I think people tend to think I’m very serious and too intellectual and maybe that intimidates them; but just looking at me, I think the curly hair makes me look less mature, but maybe not. I don’t really know!” Sarah said.

+ If Sarah was a food, she would be a salad, because “it’s a little disorganized but usually delicious.”

Sarah was an integral part of the BSM Mock Trial team for four years and helped take them to regionals twice in that time period. Sarah also participated in Madrigals, BSM’s all-female choir group, as well as being a very active member in the BSM Justice Club for three years. She has also excelled in two languages, Spanish and French, throughout her four years.

Sarah may have her performing chops and vast knowledge of Minnesota Mock Trial regulations, but her social justice work is ceaseless. Besides helping BSM through the Justice Club, Sarah has been a member of the Eden Prairie Human Rights and Diversity Commission for two years. “It is a group of Eden Prairie residents––some students, some adults––and their job is to advise the city council on any issues they feel pertinent. We help residents who feel they’ve had their rights violated,” said Sarah.

This fundamental work was sparked from one of Sarah’s long-time interests: interfaith relations. “Ever since I was a little girl I loved to study different faiths and different religions. I became very involved with interfaith relations and interfaith dialogue,” Sarah said. Sarah herself practices the baha’i faith, something that lead her to be a part of the Interfaith Youth Leadership Coalition to further educate herself and others on how interfaith relations can grow stronger in a positive way.

Sarah’s work has led her to achieve some obviously great feats, but she is tremendous in an abundance of ways. She is intuitive and always able to find positivity in the face of adversity.

She has had many positive influences on her life that have bolstered this attitude, specifically her grandmother. “My grandma [inspires me the most] because she was a teen mom and she raised her kids on her own and she’s the smartest person I know. She [also] moved from her home in Ohio––which she had never left before––to take care of my sister and I. She is my best friend and I love her,” said Sarah.

Other students have caught on to Sarah’s honesty and intellect. Junior Macy Rooney, one of Sarah’s fellow Madrigals, has always thought highly of Sarah––similar to any other teammate or club member who has had the pleasure of working with Sarah. “She has a really mature and smart air about her. I know she’s a genius. You can just tell. She’s very respectable and down-to-earth,” said Rooney.

Sarah will be inspiring more of her classmates at the University of Chicago next fall, where she plans to study Political Science.