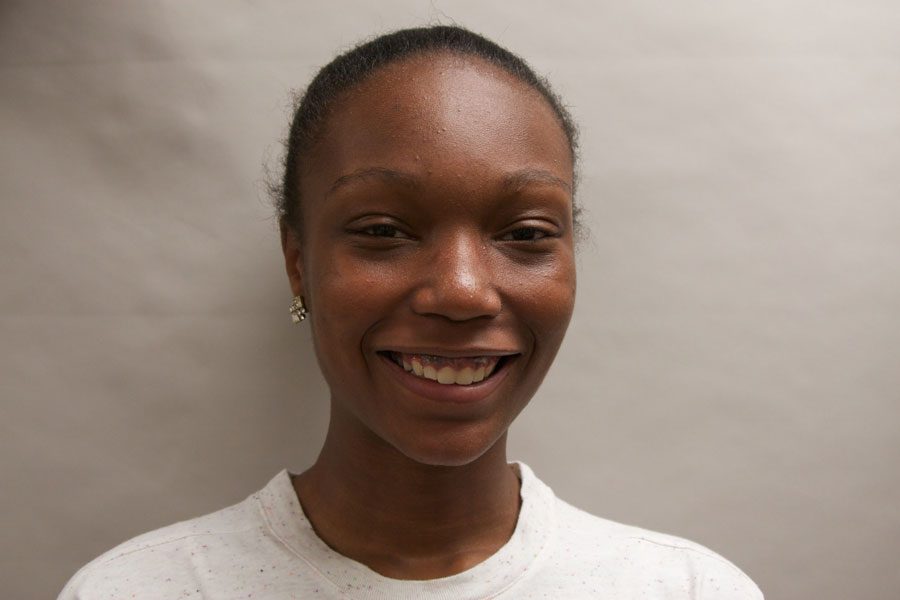 “Nia is the wonderful, gracious prescence that may not be the most vocal, but is just waiting to say something profound. She is one of the humblest people I know.” -Ms. Anne Marie Dominguez

What student from BSM’s graduating class of 2016 is fashionable, family-oriented, and hates it when their food touches? None other than senior Nia Garret. When meeting Nia for the first time, one might assume she was introverted due to her self-proclaimed tendency to not smile. “When you’re getting to know me, the first time it’s like ‘Wow she’s really quiet,’ but by the second time you’re like ‘Woah, she’s really funny,” Nia said.

+ Nia has a whopping two party tricks: “I can scratch my throat to sound like a pig, and I guess I can sleep with eyes open. I’m not going to do that at a party though.”

+ Nia’s pet peeve is being outside: “I appreciate it, but I don’t like it.”

However, after spending a short amount of time with Nia, she warmed up quickly, cracking jokes with a near-constant smile. Her dry sense of humor, along with her honesty and easy-going nature make for some of Nia’s best traits. “I can be extremely funny, but I’m not super outgoing. In the words of others, I’m a good person if they need someone to talk and not respond, which I think is good sometimes. Additionally, I don’t take things too seriously; other people can get caught up in like what other people say, and I just don’t really care,” Nia said.

Nia involves herself in the BSM community through her participation in Track, Red Knight Volunteer Corps, National Honor Society, National Arts Honor Society, and Basketball. However, Nia’s true passion lies with helping others. She volunteers at the Crisis Nursery every Saturday for three hours and has worked with kids from kids as old as six and as young as two weeks. “I help people when they’re in need because I know I would want the same,” Nia said.

When she’s not helping others, Nia spends her time wearing some sick threads and looking fly. As a BSM fashion mogul, it’s becomes difficult to articulate her versatile trend-setting style. “I guess I’d describe it as Urban 90s. But it’s really a mix of what I want and what looks good. Honestly, online shopping is therapeutic and I always end up filling carts with stuff I’ll never buy.”

Nia’s main source of inspiration comes from her family, and there exist clear similarities between Nia and her parents. “They’re both hard workers and that’s where I get it from. They really want to help others. I really like being around them, and it’s where I pick up a lot of the stuff that I do,” Nia said.

There’s no doubt Nia is tremendous nowadays, but she’s believes she will be even more tremendous in the future. When asked if she thought she had peaked in high school, she responded, “No, I guess I expect to peak after college when I’m off making money somewhere or doing something great with my life. I don’t really like the Midwest––I actually hate it. I want to live on East Coast and be doing something productive, helping others as an occupation, and being able to help my family,” Nia said.

Apart from everything that makes Nia Garret tremendous, she believes that neither she nor any of us high schoolers will be at our best until we are truly independent “and able to do everything on your own.” That means there is hope for all of us. “I don’t think you can necessarily peak in high school like you’re still living off of somebody else,” Nia declared.