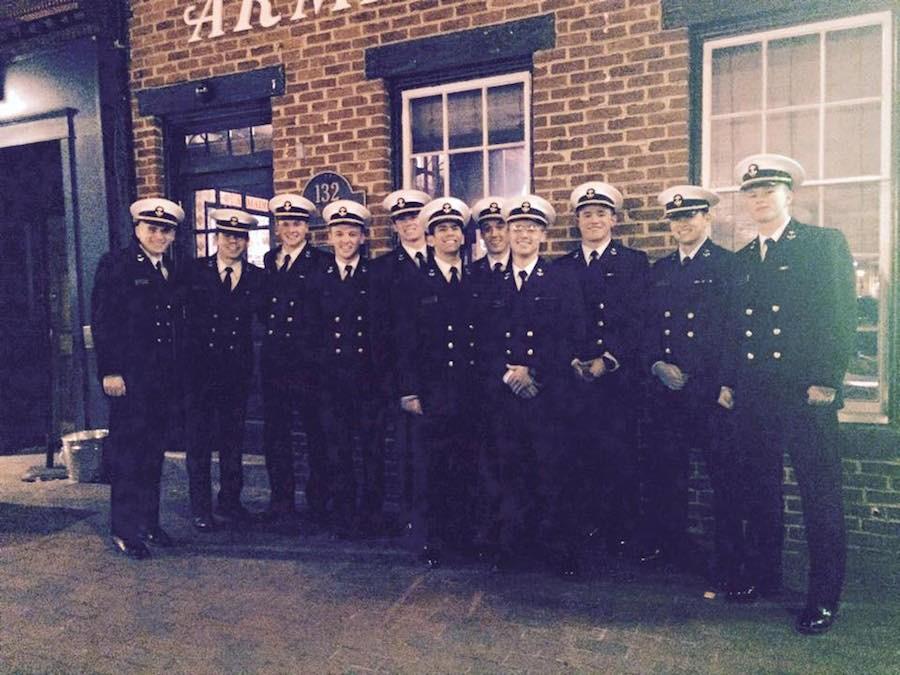 Burn is in his second year at the United States Naval Academy. c

Making the decision to go to the Naval Academy after graduating was definitely what Burn was expecting. “I knew going into it would be a tough school and it has been, but it’s been a enjoyable time,” Burn said.

The challenge of the school was one of the reasons that he decided to go there. “It is the best place to become a officer and I just knew it would make me the best person that I can be because it would challenge me every day,” Burn said.

With the challenge of the Academy Burn loves the school, but Burn has noted that his experiences have been overwhelming at times, making it hard to focus on his long-term goals. “A lot of times you can get caught up in day to day and forgot why you came here. So trying to remember why you came here and what you’re working towards is important,” Burn said.

At the Naval Academy, students go to classes and study like normal. What’s different is that they have to do things for professional development in order to make them better leaders and people in general. They also have to meet the physical standards that are required. His experience so far has met his expectations. “It’s been great, I’ve meet a lot of friends and it’s a lot of work, but overall what I get out of it is what I care about,” Burn said.

Going to school at the US Naval Academy gives students great opportunities for the future. Once Burn graduates, he will be placed in either the Navy or Marine Corps. In the Navy or Marines he will serve his five required years. After these five years, he will get to make the decision if he wants to stay and serve longer. “I hope to continue to make lasting relationships with people and develop myself as a person with good character so that in the military I can be the good leader that the nation needs,” Burn said.