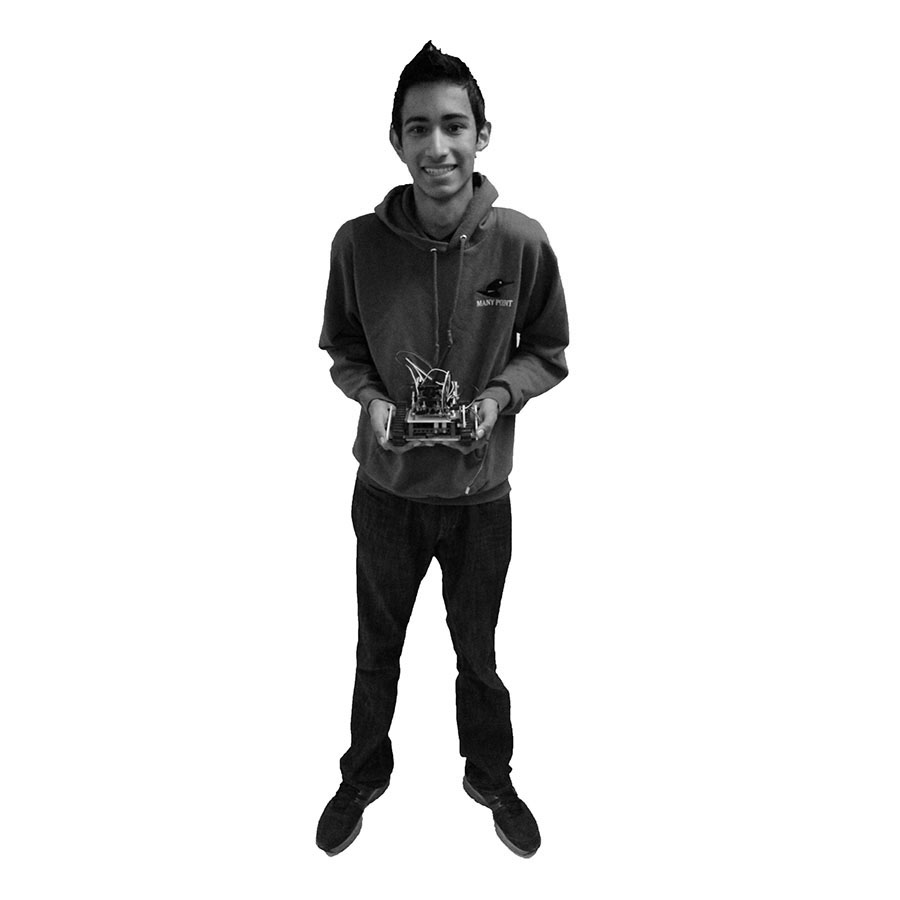 Vidal Guzman has been lurking the halls of Benilde-St. Margaret’s since he was in seventh grade, participating in a lot of activities. He has participated in bowling, ski and snowboard club, and golf. By far his favorite activity is Boy Scouts. Vidal participated in Boy Scouts for almost seven years and tried to become an Eagle Scout but fell short of the rank by one merit badge. “I really like the outdoors and enjoy camping with the other scouts,” Vidal said.

Vidal’s membership in the Boy Scouts transfers well into his love of being outside. Within the past year, Vidal has been on over 10 camping trips, including an 11-day adventure to South Dakota, which helped pique his interest in outdoorsy activities like camping and fishing. Vidal hiked through the Badlands, a trek almost 70 miles long. “We didn’t get to shower for like three days; we all smelt so bad,” Vidal said.

While at BSM, Vidal has had a lot of memorable moments. During his junior year of high school, he had his mom as his Spanish teacher all year long. Amidst all the jokes and embarrassing comments from his mom all class, for Vidal, she was always an asset. “It’s nice to drop off all my stuff at her office instead of my locker, and if I forget something, she might get it for me,” Vidal said.

Vidal’s senior Prom was his most memorable BSM moment. Vidal brought Rachel Conley flowers and chocolates to her first hour class, making the brave move of asking her in front of everyone. A few days later another girl needed a date so Vidal hit the jackpot by bringing two dates to the Prom. “You know what they say: ‘two is better than one,’” Vidal said.

Vidal’s post-high school plans include attending Normandale Community College for two years, then transferring to either the University of Minnesota or North Dakota State University for two years in pursuit of a Chemical Engineering degree. He is has been participating in ACS since he was a sophomore and will be going on to the trip to China this summer with the program. “Engineering is an efficient way of being lazy because I can build something to do it for you,” Vidal said.

After college, Vidal would like a job where he can travel and blow things up. “I’m a big pyromaniac,” Vidal said. He’s traveled on multiple mission trips throughout his entire life, and wants to continue to see the world. “My sixth grade mission trip to the Mayan Ruins in Guatemala was my most memorable trip,” Vidal said.

Leaving BSM, Vidal will miss his friends the most, even though most of them are staying in Minnesota. “Just going to college and seeing where life takes me is what I’m most excited for,” Vidal said.