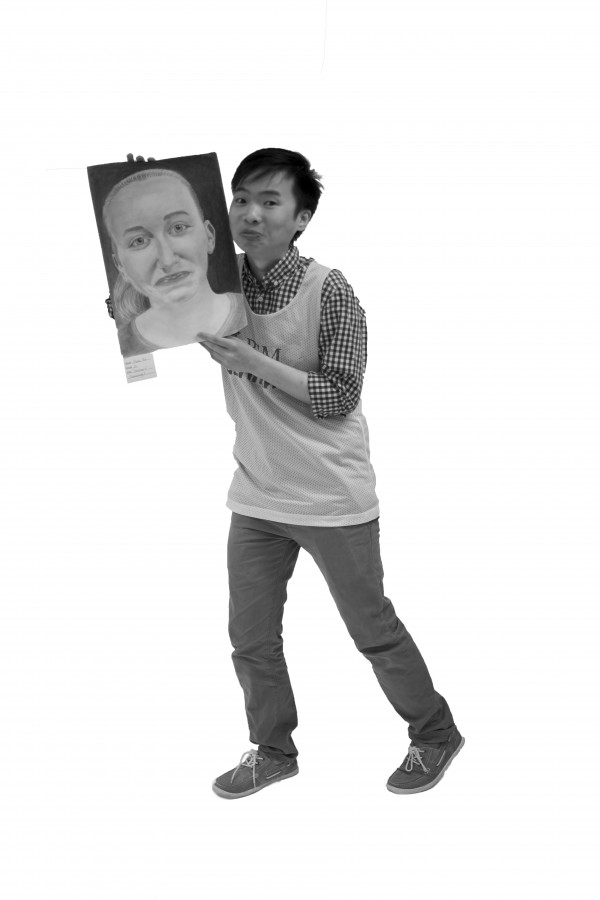 Strolling around the hallways of BSM, you might have come across a five-foot four Vietnamese student casually carrying oversized binders and wearing shiny headphones around his neck. You may have noticed that he’s one of the new international students, and you may have also figured out that he’s a part of the senior class of 2015. Behind his quirky exterior, however, lies an even more interesting personality.

Khoa Ho, born in the historical Ho Chi Minh City, came to the United States the beginning of his junior year. While the primary reason for his transition, similar to those of his fellow international students, came from his desire for more academic opportunities, Khoa has not faced the same kind of language barrier as others. “I don’t want to sound cocky, but I think I’m pretty good at English. When you come to America and have to use [English] on a daily basis, it’s a really fast process,” Khoa said.

Not only has Khoa naturally adopted and mastered his second language, he’s also integrated smoothly into the BSM community. He is involved in numerous extracurricular activities––ping pong, swimming, Ultimate Frisbee––and has become the heart of his favorite class: AP Calculus BC. “Khoa is one of the smartest kids in the class. His positive attitude and undying optimism always help us get through hard tests––especially his reminders not to forget +C,” senior Maggie Houtz said.

Khoa’s true love for BSM, however, began on his first day of school when he was handed his MacBook Air. “My favorite thing about BSM is the laptop. When you have a laptop, you can just sit around and play around [with it]. In Vietnam, we don’t use a lot of technology in our curriculum. I was a PC guy before I used a Mac, and I really hated the Mac. When I started using one, it clicked. It’s very nice; plus, it’s a really cute laptop,” Khoa said.

With his new electronic assistant, Khoa quickly delved into the world of sports. “I like sports, but technically I don’t have the size to play sports––let’s just be frank here. [During my] free time, I just go on Bleacher Report [or] ESPN and read about stuff. I tried fantasy football, but I sucked at it. I [also] don’t like to sit around a lot, so I think I’m pretty active. Sometimes I just get up and stretch myself, like Ms. Overbo,” Khoa said (Khoa’s response was followed by a series of unorthodox yoga motions).

So what does Khoa really want to do in the future? Well, he’s joining the Purdue University Class of 2019 and hoping to major in athletic training, but he is uncertain as to what will come in his next chapter in life. “I want to become a sports doctor, but thinking about the future is not something that’s part of my personality. I [could be] a doctor, an engineer, or I can go out there and buy myself a food truck and sell food on the street. I like cooking, so that would actually be cool,” Khoa said.