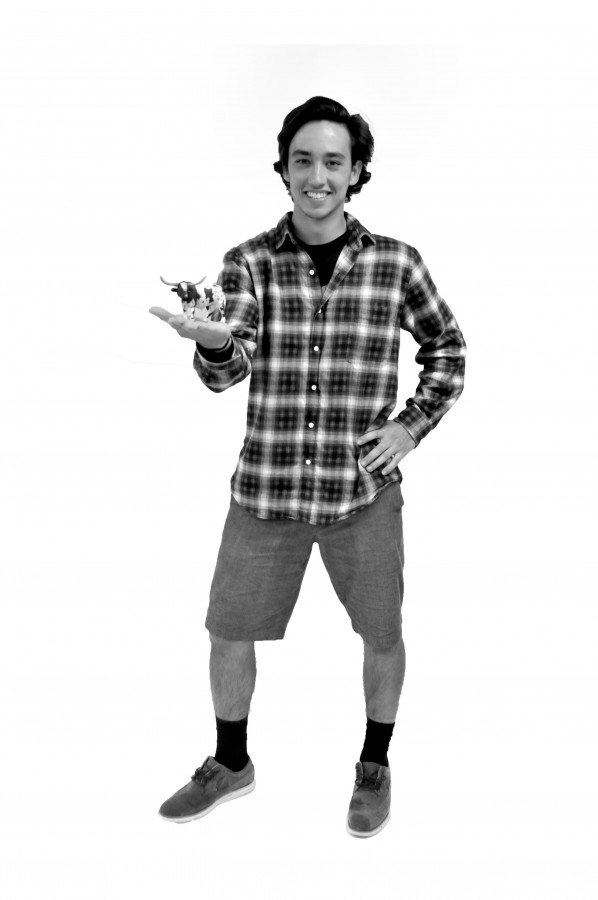 Although Eddie McHugh may initially strike one as an ordinary, good-natured guy, there is far more to this senior than what meets the eye. Eddie, who has attended BSM since the seventh grade, has become highly involved in the BSM community, particularly the soccer and hockey teams. “I’ve been on the soccer team for six years, and I played hockey at the JV level,” Eddie said.

However, it is Eddie’s unlikely residence––a farm in Corcoran, Minnesota––that takes many by surprise. “I live on a farm,” Eddie said. “I have horses and chickens and geese. I kind of went about it as a passion thing.”

At the beginning of his freshman year, Eddie and his family moved to a farm in Corcoran. “We had a horse, and my mom always liked animals and always wanted to live on a farm. It took us a while to do it, but freshman year we bought land and built a house,” Eddie said.

On the farm, Eddie’s passion for farm- ing quickly expanded. “We got a couple more horses and started to board other people’s horses at our house. I started riding; I never really did it until then,” Eddie said.

Over the years, the number of animals has expanded as well. “We have three horses and also keep other people’s––we’ve had up to six. We have two geese, five chickens, two cats, a dog, and most recently a fish,” Eddie said.

Eddie is different from your typical senior as he has recently begun competing in horse races, particularly the barrel race, qualifying him for the Minnesota State Fair. “I’ve competed in horse shows and barrel racing. I actually qualified to go to the State Fair and ride. You go to smaller rodeos, and if you get first place you can go to the State Fair. I got first in barrels,” Eddie said.

But most of all, Eddie enjoys the balance between his two worlds––the farm and BSM––and the experience they offer. “I really like it. We aren’t like a full-in farm family; it’s a hobby farm. But I still live next to a bunch of big-time farmers. It’s cool to be able to experience that lifestyle but get to drive into the city for school and be around people from the city. I get to see both sides of it,” he said.

Eddie will begin college at Indiana University in the fall, studying business. However, he hopes to, one day, be able to live the same lifestyle that he experiences now. “I want to do well for myself, and I could see myself doing the same thing as my dad––living here and working in the city but moving out into the country to have a family,” Eddie said.