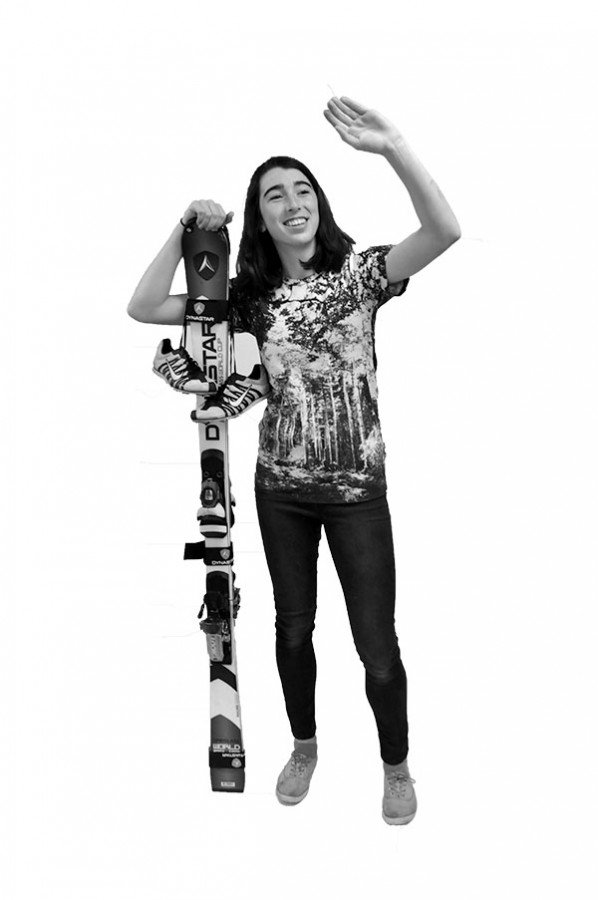 In 2012, Alex and her family transitioned from their home in Toronto, Canada to their new home in the western suburbs of Minneapolis her sophomore year. Life in Canada does differ from the lifestyle in Minnesota, so Alex had to adapt to a new way of schooling, life and friends. “It’s not that different from Canada, but you do notice some subtle changes,” Alex said.

As she transitioned to a new school, she immediately felt welcomed by BSM’s attitude and sense of community. “The people here have so much spirit and pride,” said Alex. This pushed her to become involved right away by participating in cross country, alpine skiing, and track. Alex excelled in each one of her sports while also managing to remain academically strong.

While her school years have been spent in the United States, Alex frequently visits Canada on school breaks to visit her mother; she heads home for the summer months as well. “I lived at my cottage in Canada last summer and worked at a marina,” Alex said.

Another facet to this wilderness explorer is her ability to stilt-dance––an essential skill that any Bear Grylls enthusiast would know is of the utmost importance for survival. After trying out the stilts for the first time at a camp when she was twelve, her instructors were pleasantly surprised to see her natural talent. The following summer, she was asked back by the camp staff to work for them as an instructor.

Alex plans to combine her love of education and environment by finding a job in the field of natural science. She first considered a career in science when she took biology class her sophomore year.

Although she is sad to leave the United States, Alex looks forward to returning to her native country and exploring a new city. “I am excited to try something new and become more independent,” Alex said.