In the mid 60s, there was little to no recognition or help for abused women and children outside the city even from local police.  “When the police would arrive and the house was a mess and my mom was bleeding, they would say, ‘Oh, you know you just need to calm down and control your anger,’” Foster said.

“Life or death situations invoke survival instincts naturally ingrained in the human brain. We have a natural response that sits in our amygdala, that when we are faced with a dangerous situation we either fight, flight, or freeze. My response was always to fight,” Foster said. 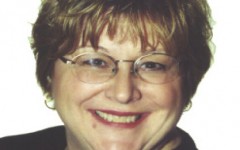 I would hit him with a frying pan or a broom––whatever I could do to loosen his grip on her. Then, I would run like hell because he was after me.”

When Foster watched her mother being suffocated to the brink of death, it triggered evolutionary actions. “I would hit him with a frying pan or a broom––whatever I could do to loosen his grip on her. Then, I would run like hell because he was after me,” Foster said.

After years of fighting for their lives, Foster, her brother, and mom moved to the city. Despite desperately trying to keep him in the past, Foster’s stepfather was never far behind, especially for Foster’s mother. “When he started to batter my mom after we were gone, by that time I was connected with some inner city people and characters who did illegal things, I would have them go out and slash his tires and slash the top of his convertible,” Foster said.

Although Foster’s stepfather was physically out of her life, the emotional complications that lingered behind left Foster, as it does for many survivors, confused as to where to turn to next. “Emotional abuse is the hardest to define because it is so deep. A lot of survivors have survived because they buried it and have suppressed it,” Foster said.

For years, Roxy Foster was abused and oppressed at home, and she had to continue to fight for her mother’s wellbeing years later. Foster’s fight response and resilience may have just saved her and her family’s lives. Foster’s willingness to work through her problems and refusing to give into the darkness of her past created a new and more successful life.